Stosur eases into second round

Sam Stosur has emerged as the sole Australian survivor from the opening day of the French Open in Paris on Sunday. 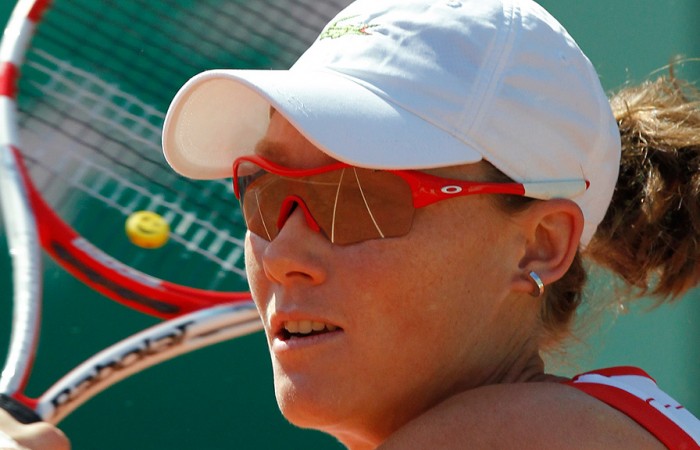 Sam Stosur has emerged as the sole Australian survivor from the opening day of the French Open in Paris on Sunday.

Stosur cruised into second round with a 6-2 6-3 win over the Czech Republic’s Iveta Benesova as Lleyton Hewitt, Casey Dellacqua and Jelena Dokic all exited at Roland Garros.

Hewitt pulled out of the tournament with an injury just hours before he was due on court while Dellacqua and Dokic succumbed to Tsvetana Pironkova and Vera Dushevina respectively.

Bernard Tomic will fly the flag for Australia’s men for the second straight grand slam against Argentine Carlos Berlocq on Monday while Anastasia Rodionova takes on Russia’s Nadia Petrova.

Stosur said it was good to make a strong start to her bid for a maiden grand slam title.

She said she enjoyed her return to centre court despite her last outing on Philippe Chatrier being her heartbreaking loss in last year’s final to Francesca Schiavone.

“I obviously thought about last year’s last match but it was nice to get out there again and if you can play on any court here, you would play on that one,” she said.

“It was nice to get back out there again and I played a really solid first round.”

Stosur will next play world No.67 Simona Halep.

The Australian defeated the Romanian in straight sets in their only meeting in the opening round at Roland Garros last year.

The full extent of Hewitt’s injury is unknown.

The official reason was his left ankle but it is believed he has a toe injury just two months after completing foot surgery.

Hewitt’s camp was always going to take a cautious approach in his competitive return and it is understood he is still aiming to defend his title at Halle in a fortnight’s time.