Jelena Dokic and Casey Dellacqua have both been knocked out on day one of the French Open. 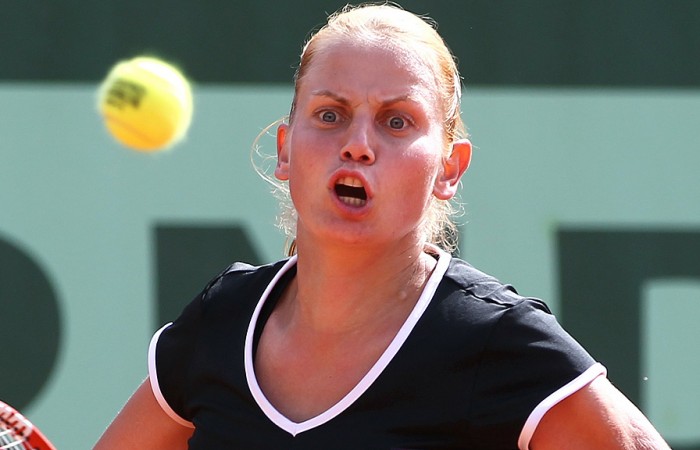 Jelena Dokic and Casey Dellacqua have both been knocked out on day one of the French Open.

Dokic suffered a 4-6 6-3 6-2 loss to Vera Duhsevina in one hour and 47 minutes with the Australian exiting in the opening round for the second straight year at Roland Garros.

Dokic paid the price for a poor serving display on Court 2, landing only 56 per cent of her first serves and delivering six double faults.

The Australian was troubled by a hand injury during the contest.

Despite regularly icing her hand at her chair in between games, Dokic managed to win the first set before world No.63 Dushevina rallied and won the final two sets.

Dellacqua had her return to Roland Garros cut short as she was bundled out 7-5 6-3 in the opening round by 32nd seed Tsvetana Pironkova.

The West Australian wildcard held a break of serve in the opening set but was unable to stop the Bulgarian from claiming victory in 86 minutes on court 6.

It was Dellacqua’s first outing at Roland Garros since 2008 with a series of injuries having stalled her progress in the past two years.

Though disappointed with the defeat, she was confident she was heading in the right direction again.

“If you asked me at the Burnie [International in February] if I’d be playing at the French Open and playing and feeling as good, I’d probably say ‘You’re kidding,'” she said.

The world No.429 recorded a victory over world No.20 Shahar Peer in Brussels last week and said recent results had boosted her confidence levels for the rest of the year.

“It’s great for me to be here. Today, I certainly felt I could have had won that match against another person in the top 50 in the world,” she said.

“I’m right there amongst it and I’ve just got to string some matches together and stay positive, give myself that realistic time frame to get back.”