Four Aussies in action on day one

Sam Stosur, Lleyton Hewitt, Casey Dellacqua and Jelena Dokic will all begin their French Open campaigns on day one in Paris on Sunday. 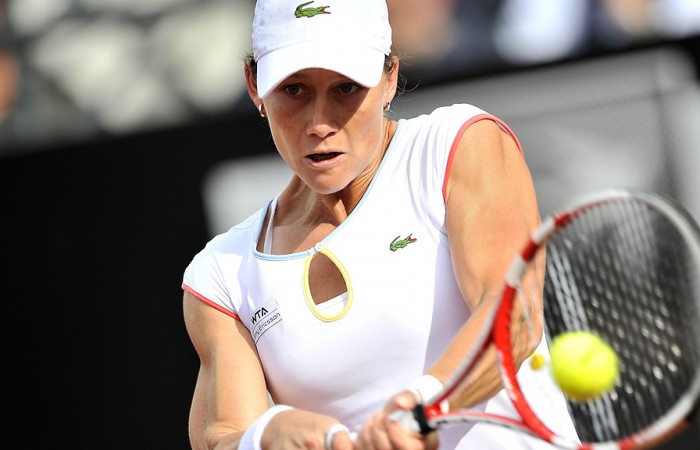 Sam Stosur will open her French Open campaign against world No.53 Iveta Benesova on centre court in Paris on Sunday morning (11am local time, 1900 AEST).

Last year’s Roland Garros finalist has won all of her matches against the Czech Republic player in straight sets, including a victory in this month’s key lead-up event in Rome.

Stosur said she felt in good form as she commences her bid to become Australia’s first women’s grand slam champion since 1980.

“We played each other in the first round in Rome so obviously a fresh match there,” Stosur said.

“I remember what I did there, I played quite well and so I guess there are not going to be many secrets from either us.”

Lleyton Hewitt is due to take on Spaniard and world No.37 Albert Montanes on Sunday afternoon in the two-time grand slam winner’s first outing in two months following foot surgery.

His coach Tony Roche said the two-time Roland Garros quarterfinalist’s major goal was to work his way back to fitness ahead of Wimbledon next month.

“The important thing here is to get through without any setbacks and have a good preparation for the grass,” Roche said.

“Anything here is a bonus.”

Wildcard Casey Dellacqua will play her first match at Roland Garros in three years on Sunday, she takes on Bulgarian and 32nd seed Tsvetana Pironkova on court 6.

“It feels so long ago since I was last here, but it is good to be back and nice to be playing back at grand slam level,” she said.

“To come away with a few wins in Europe it certainly gives me a lot of encouragement considering I have had so much time out of the game [with injury].”

Jelena Dokic is also in action on the opening day of the tournament, she takes on world No.63 Vera Dushevina.