Sophie Ferguson has continued her affinity with the Roland Garros clay while Sally Peers is also through to the second round of qualifying for the French Open. 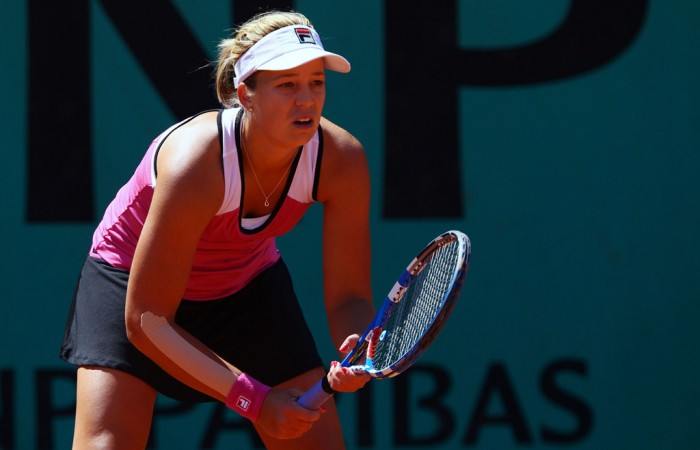 Australian battler Sophie Ferguson has continued her affinity with the Roland Garros clay to edge a step closer to qualifying for the French Open.

Ferguson has crushed American Madison Brengle 6-2 6-3 in the opening round of qualifying and needs to win two more matches to make the main draw for the second year running.

The 25-year-old had only contested three majors outside Australia, but enjoyed her best grand slam run last year in Paris.

Under the watchful eye of long-time coach Tony Roche, Ferguson won three qualifying matches, then upset highly-rated Czech Petra Kvitova – who had since broken into the world’s top 10 – in the first round.

Ferguson’s fine tournament finally came to an end at the hands of eventual champion Francesca Schiavone.

Sally Peers is also through to the second round of qualifying after beating Canadian Heidi El Tabakh 7-5 6-3, but fellow Australian Olivia Rogowska has lost to Russian Regina Kulikova 7-5 6-3.

Dokic lost 6-2 6-2 to Croatian Mirjana Lucic in the second round in Strasbourg, while Japan’s Ayumi Morita eliminated Dellacqua 1-6 6-0 7-5 in Brussels.