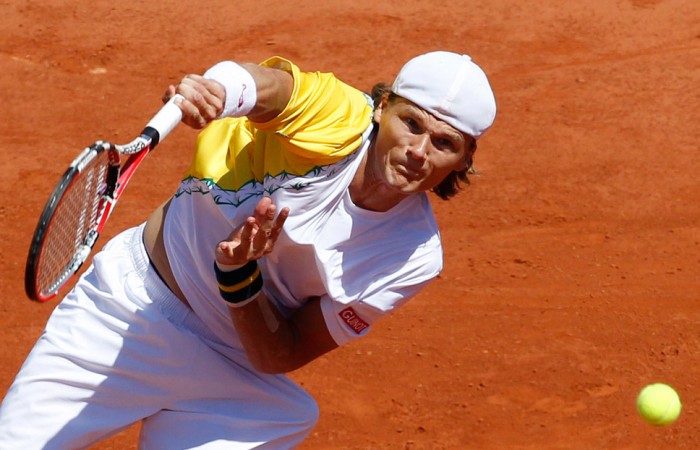 Australia veteran Peter Luczak may have played his last French Open after crashing out of the qualifying event.

Luczak succumbed 4-6 7-5 6-4 to Spanish 16th seed Albert Ramos in the opening round at Roland Garros.

Turning 32 this year, Luczak has slipped from a career-high No.64 in late 2009 to 187th in the world rankings and has found it increasingly difficult in recent seasons to juggle travel demands with family life.

The loyal Australian Davis Cup servant – who has home bases in Sweden and Melbourne – has two young children with Swedish wife Katty.

The claycourt specialist’s best grand slam result came at Melbourne Park in 2006 when he reached the third round of the Australian Open.

Matosevic, Australian No.2 behind Lleyton Hewitt, beat Frenchman Josselin Ouanna 6-4 6-3 and must win two more matches to make the 124-man main draw for the first time.