Dokic off to winning start in France

Australia's Jelena Dokic has got off to a winning start at the Strasbourg International tennis event on Monday. 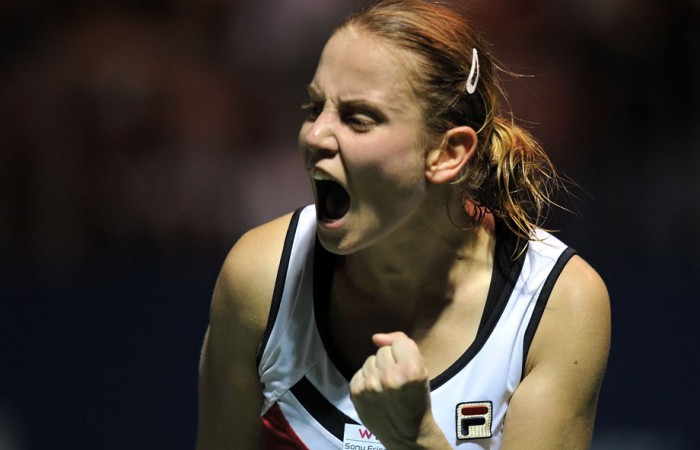 Australia’s Jelena Dokic has got off to a winning start at the Strasbourg International tennis event on Monday.

Dokic easily accounted for Romania’s Simona Halep 6-2 6-1 to move into the second round where she will next play the winner of the first round match between third seed Ana Ivanovic and Croatian qualifier Mirjana Lucic.

In other action, fourth-seeded Nadia Petrova of Russia defeated Rebecca Marino of Canada 7-6 (7-4) 6-3 to reach the second round.

Petrova, twice a semi-finalist at the French Open, has struggled on clay so far this season and lost first round-matches both in Madrid and Rome.

Petrova next plays either Alize Cornet or Sania Mirza.

Maria Kirilenko of Russia and Daniela Hantuchova of Slovakia, the No.5 and No.6 seeded players respectively, also advanced.

Hantuchova took advantage of Johanna Larsson’s weak serve and broke her four times in a 6-3 6-4 win.

Garrigues made light work of American Melanie Oudin 6-3 6-1 to start her quest for a fourth title in Strasbourg while Pous-Tio beat German Angelique Kerber 6-4 6-2.