Former Wimbledon champion Maria Sharapova made short work of her second round opponent in Rome on Tuesday. 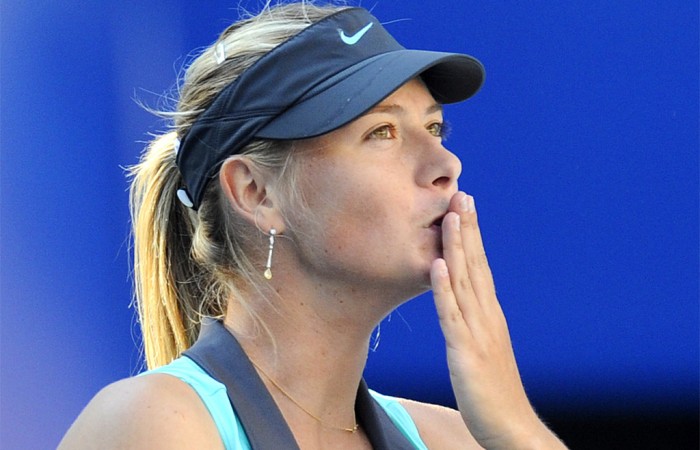 Former Wimbledon champion Maria Sharapova made short work of her second round opponent in Rome on Tuesday, thrashing Ekaterina Makarova 6-1 6-1.

Having said on Sunday that women’s tennis had improved its strength in depth in recent years and that the old days of breezing through the first couple of rounds were long gone, Sharapova disproved her own claims.

Her Russian compatriot was never in the match and only managed to hold serve once in each set.

Sharapova was at her ruthless best and took all five of her break-point opportunities, saving the only two she faced.

Makarova also paid for a poor first serve percentage of less than one in two, meaning she was often under pressure.

Joining the former world No.1 in the third round at the Rome International clay tournament at the Foro Italico was current No.2 Francesca Schiavone.

In the men’s competition seventh seed Tomas Berdych had little difficulty in dispatching Argentine Juan Monaco 6-2 6-2 in an early second round match.

French 16th seed Richard Gasquet was the first man through to the third round as he thrashed Russian qualifier Igor Andreev 6-1 6-2.

But 14th seed Stanislas Wawrinka was made to battle all the way as he overcame another Italian wild card in Fabio Fognini 6-7 6-2 6-4.

It wasn’t a good day in the men’s competition for the hosts as yet another wild card, Flavio Cipolla, lost to former world number three Ivan Ljubicic 6-2 6-3.

His compatriot Mario Cilic also reached the second round as he prevailed in the battle of big-serving Croatians with Ivo Karlovic retiring while trailing 6-4 1-0.