Hi, my name is Maddison Inglis. Right now I am in Slovenia training with the Australian team. 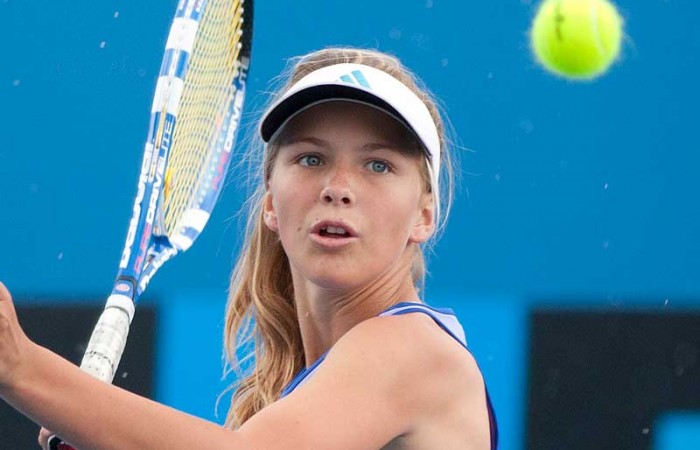 Hi, my name is Maddison Inglis. Right now I am in Slovenia training with the Australian team! I am from Perth and this is the second time I have been overseas. The first time I went overseas was also with the Aussie team last year. We travelled to Padova, Trieste and Porto San Giorgio. Last year I went with Scott Jones and Kimberly Birrel, but this year there are more kids – eight of us altogether!

The first week of this trip the team travelled to Paris. We stayed at the Olympic Hotel in France and trained at Roland Garros for a week. We met this lady called Gail. She was so funny and made all these strange noises which the girls and I thought was quite entertaining. On the last day of training at Roland Garros, we got to hit on Centre Court which was an amazing experience. Gail explained to us how only the top 50 players in the world get to play on this court and not even that many times! We were actually the first to hit on it in 2011 which was pretty awesome.

On the training side, I got to learn heaps of new things for how to play on clay and to practice a few things like sliding!

On one of the last days, we caught the train into the city of PARIS! There were so many cool things to see and many shops to look in. We got to see the Eiffel Tower which was awesome. The food in Paris was pretty good. Most nights we just had pasta and pizza – my favorites!

The last few days in Slovenia have been pretty good. I have just been training with Kim because we both got straight into the main draw. I’m guessing it’s because of the points we got last year while playing in Europe. Everyone else has been playing qualifying. The clay is a lot different to the courts we hit on at Roland Garros but still alright!

The food over here in Europe is a lot different compared to eating in Perth. All that is over here is pizza and pasta! Not a lot of meat, which is good because it forces me to try different foods. The coaches haven’t let us have a Gelato yet but we are counting on one tonight!

So far this tour has been awesome. I never thought I would get the chance to hit on the Centre Court of the French Open and hopefully I will be playing there one day! I have my first match tomorrow so pretty excited and I hope to go well in the tournaments to come while I’m over here. – Maddison