Casey Dellacqua and Bernard Tomic have been awarded wildcards into the main draw of the French Open. 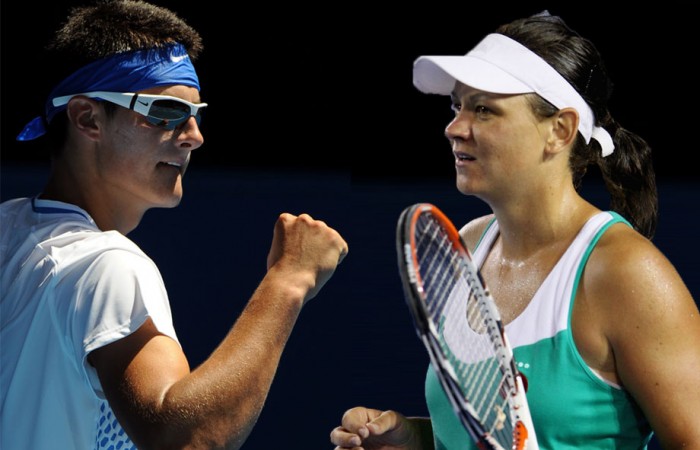 Casey Dellacqua and Bernard Tomic have been awarded wildcards into the main draw of the French Open.

Dellacqua achieved a career-high singles ranking of 39 in 2008 following a fairytale run to the fourth round of the Australian Open, the third round at Roland Garros, where she also reached the doubles final, and the third round at Wimbledon.

In 2009 Dellacqua took some time out of the game for essential shoulder surgery. Her comeback was derailed when she continued to play on an undiagnosed broken foot, requiring further surgery and lengthy rehabilitation during 2010.

Dellacqua returned to the court via the Pro Tour in February and won three consecutive doubles titles. She went on to win in the first round of the WTA event in Estoril, and will this week partner Rennae Stubbs in doubles in Madrid.

“Casey has worked really hard to come back after a number of injuries and I’m sure she will make the most of this opportunity,” Tennis Australia’s Director of Tennis Craig Tiley said.

“She has proved herself fit for competition on her return to the WTA tour and we wish her all the best.”

Dellacqua will join Samantha Stosur (ranked No.6), Jarmila Gajdosova (31), Anastasia Rodionova (62) and Jelena Dokic (75) in the women’s draw in Paris.

Bernard Tomic continues his steady climb up the professional rankings, and at 174 is one of only three teenagers ranked in the ATP top 200. This will be his second appearance at Roland Garros. He was last awarded a French Open wildcard in 2009 as a 16 year old.

Tomic’s best performances this year include qualifying for the Medibank Sydney International and an impressive third-round appearance against Rafael Nadal at the Australian Open. He reached the final at the Caloundra Pro Tour event and semis in Burnie. More recently he won his first-round match at the ATP Masters event in Indian Wells.

“Bernard is continuing to develop as a player and we’ve often seen him rise to the occasion and perform at his best at the big events,” Tiley said.

A reciprocal agreement between the French Tennis Federation and Tennis Australia allows the latter to select two Australian players for the French Open, which starts at Roland Garros on 22 May.