Murray to meet Nadal in semis 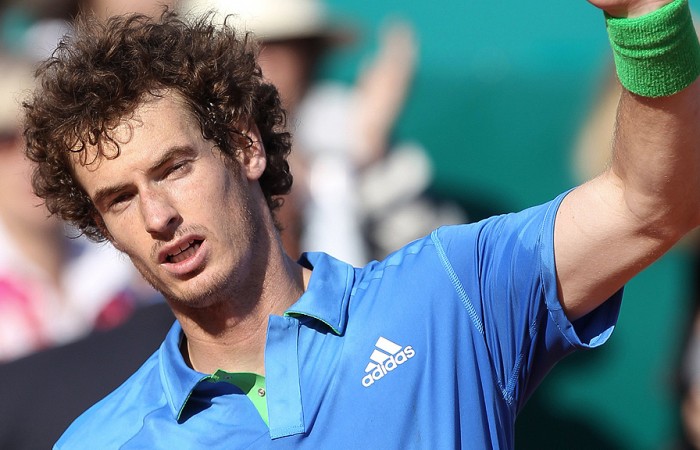 Top seed Rafael Nadal won his 35th consecutive match at the Monte Carlo Masters by crushing Ivan Ljubicic 6-1 6-3 on Friday to set up a repeat semifinal with resurgent Andy Murray.

But second seed Roger Federer, a three-time losing finalist to Nadal here between 2006 and 2008, was upset 6-4 6-4 by Jurgen Melzer, having never previously lost a set in three meetings with the Austrian.

Murray has recovered from a four-match losing streak to record three victories in the principality, knocking out Portugal’s Frederico Gil 6-2 6-1 to reach his second semi in his last three tournaments here.

“We both played well in the second set,” said the Scot. “I had started to find the right way to play against him.

“I got close, but I have to play better than that if I want to win.

Nadal improved to a phenomenal 37-1 at the venue, with his only loss coming to Guillermo Coria on his debut in 2003.

Former world No.3 Ljubicic had lost four straight matches prior to this week, but bounced back by beating 12th seed Jo-Wilfried Tsonga and fifth seed Tomas Berdych.

Federer was well off his best form after two superlative matches this week in the principality, but was quick to admit he had been outplayed on the day as he missed too many chances.

“I don’t think I played terrible. It’s still the first week of clay, so I don’t expect myself to play my very best,” he said.

“He played well when he had to and I missed too many chances. Every time I had this slight opening, things didn’t go my way. Either he shanks them and they stay in play, or he hits the line.

“But he did well, played aggressive and played the right way he was supposed to.”
AFP
Melzer played in some pain after leaving the court with just one game completed to have treatment on a neck problem.

But he came out a changed man, taking control against the 16-time grand slam-winner and pleased to have finally defeated Federer.

“I beat Rafa last year [in Shanghai]. I have beaten [Novak Djokovic, in the French Open quarterfinals]. So this was the one missing. I’m very happy I actually did it today.”