Rafael Nadal began his quest for an unprecedented seventh consecutive title at the Monte Carlo Masters by storming past Finn Jarkko Nieminen 6-2 6-2. 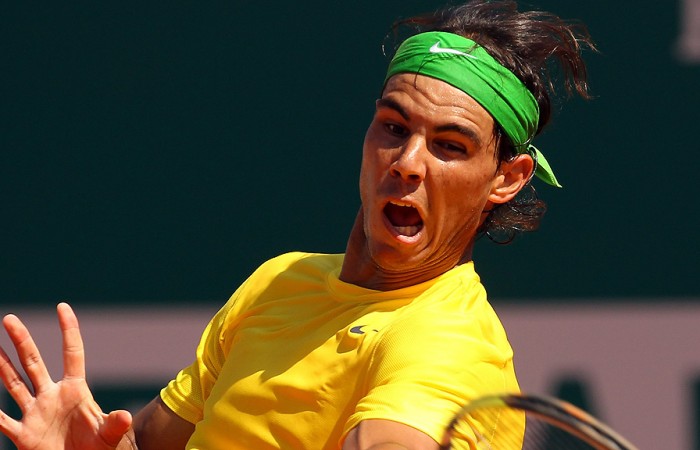 Rafael Nadal began his quest for an unprecedented seventh consecutive title at the Monte Carlo Masters by storming past Finn Jarkko Nieminen 6-2 6-2 on Wednesday.

Nadal, Spain’s top-seeded king of clay, who lost his only match in the principality in 2003, spent just 69 minutes in putting out Nieminen, who dropped the first ten points of the one-way contest.

“It’s the first match on clay, so it’s an important victory for me,” said Nadal. “But we will see. I didn’t practise perfect last week, I need matches.

“Today was a positive start, For sure it was a good victory.”

“I really went for it in this match, this is a challenging surface for me,” said the Scot, who had not won a set during his losing streak.

“I played well, I’m happy to get this win. I need time to get adjusted on clay.”

Murray has a semifinal here from 2009 but went out in his opening match a year ago.

Nadal took charge immediately against the 59th-ranked Nieminen, sweeping the first set in 32 minutes as he found his feet on his favourite surface. But in the end, it did not go totally to plan.

Nieminen saved a pair of match points trailing 1-5 in the second set with a cross-court volley winner and a Nadal forehand wide, eventually holding for 2-5.

But reality returned a game later as the Spanish seed served out victory on his third match point, a winner which Nieminen could not touch.

Nadal, the only player to win an ATP title six straight years, improved to an overwhelming 35-1 in the principality and has won 33 straight matches at the venue since his 2003 debut (a third round loss to Guillermo Coria).

He pounded Nieminen for the sixth time without a loss, running his record on sets against the Finn to 15-1.

Fourth-seeded compatriot David Ferrer beat fellow Spaniard Feliciano Lopez in a quick 6-2 6-0 as he joined Nadal in the third round. In another all-Spanish clash, Tommy Robredo knocked out sixth seed Fernando Verdasco 6-4 6-3.

French seeds had a good day in the sun, with three advancing over Spanish opposition.

Gasquet’s win sends him into a meeting with Nadal, who owns the series 7-0 with a last meeting at the 2009 US Open first round.

“It was important to have a quick match, especially against Rafa,” said the Frenchman.

“I have nothing to lose against him – like all other players – when Nadal plays on clay. I’m going to try to play a very good match.

“What I must do is stay relaxed and try to play without hesitation and not to be afraid to hit out on my shots.

“This is all very well, but when you’re on the court, you’re confronted with reality. He plays very deep, very fast, it’s impossible to overrun him.”

Nadal also recalls a semifinal in Monte Carlo against Gasquet in 2005.

“It was a very tough match, he had good chances.I don’t remember exactly all the match. But, seriously, I remember it was a very, very difficult match, and he was close to beating me.”