Rafael Nadal has downplayed the growing belief that he is all but untouchable on clay ahead of this week's Monte Carlo Masters. 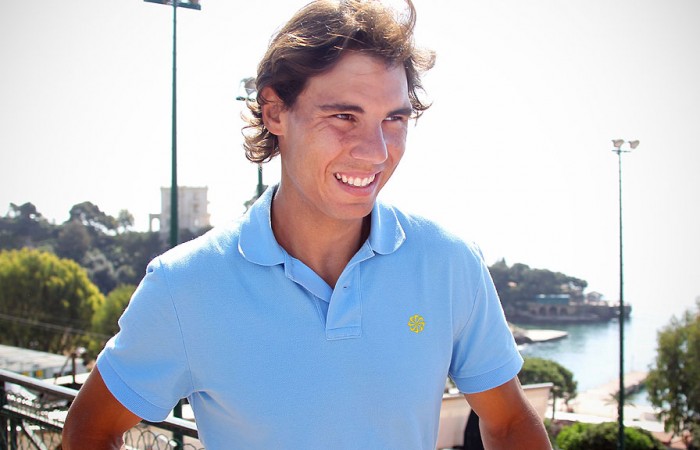 Rafael Nadal, bidding for an unprecedented seventh straight title at the Monte Carlos Masters, began his quest on Monday by damping the growing belief that he is all but untouchable on clay.

“I may have more options on clay,” said the world No.1 Spaniard who stands 34-1 at the venue with his only loss coming in the third round in his first appearance in 2003.

Since then he’s reeled off 32 straight match wins and is the only player in the post-1968 Open era to win six straight titles in a tournament.

“But I don’t feel unbeatable, I know I can lose,” said the player who should be coming into his element as his favourite part of the ATP season begins with a second-round match after a bye against journeyman Finn Jarkko Nieminen who defeated Frenchman Julien Benneteau 4-6 6-3 7-6 (7-3).

Nadal has scheduled a Tuesday practice session with Andy Murray, with the Scot sure to be watching the clay king closely as Murray tries to lift from a slump which has resulted in four straight losses in 2011.

Nadal said that previous years of success – he won all four clay events he played in 2010 – cannot be a guide for future performance but did admit that his 2010 title victory which broke an 11-month trophy drought was particularly pleasing.

“I played perhaps my best tennis ever here,” as he won his sixth title on the site and did not drop a set along the way.

“It was the turning point of my season, I then played at my best clay level [in winning Rome and Madrid].”

Nadal said that each season starts afresh and is making no predictions about how well he might perform after a somewhat disappointing March in which he lost Masters 1000 finals in the US to Novak Djokovic, who is sitting out Monte Carlo with a knee injury.

“We will see if it is possible to win all the clay events,” Nadal said of the upcoming campaign which likely starts for him on Wednesday.

“I’m only focusing on the first match, I don’t look any further ahead.”

In early matches in warm sunshine on the Mediterranean, German Florian Mayer put out Russian tenth seed Mikhail Youzhny, who has only once reached the third round, 6-3 2-6 6-3. Serb 11th seed Vikor Troicki beat the principality’s entrant, Jean-Rene Lisnard, 7-6(4) 6-1.

Meanwhile, Murray spoke of his chances as the Scot comes onto clay determined to start putting his season right as he struggles to escape the malaise which has again befallen his game after an Australian Open finals defeat.

As he continues the search for a permanent coach, the 23-year-old world number four said that he must change his mindset once he steps onto the spring surface.

“Movement is key, and you have to realise that there will be upsets,” said Murray.

“You need patience to play well on clay, you have to do so much running.

“Movement is tricky for me since I don’t play on clay so much. It takes time to get used to the sliding and knowing what shots to hit at the right time. All those things go into it, and shot selection is different than on other surfaces.”

Murray lost his opening match here a year ago to Kohlschreiber but reached the semifinals in 2009, where he ran into Nadal.