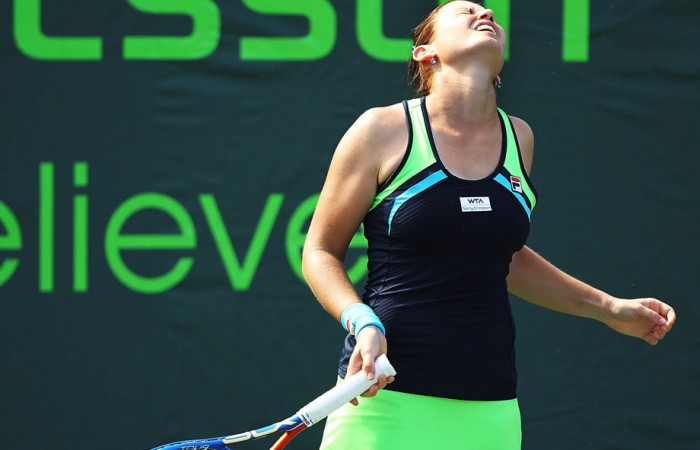 Stosur and Rodionova both play second-round matches on Wednesday.

German Sabine Lisicki defeated Renata Voracova 3-6 6-4 6-2 in the first round in her return to Charleston two years after winning her first tour title at the claycourt tournament.

Lisicki did not play in Charleston last year and missed several months from the tour with an ankle injury. The 182nd-ranked German is a wildcard in this week’s tournament.

Play was delayed for several hours on Tuesday as a line of thunderstorms moved through.