Victoria Azarenka has toppled defending champion and second seed Kim Clijsters to reach the semifinals of the Miami Masters. 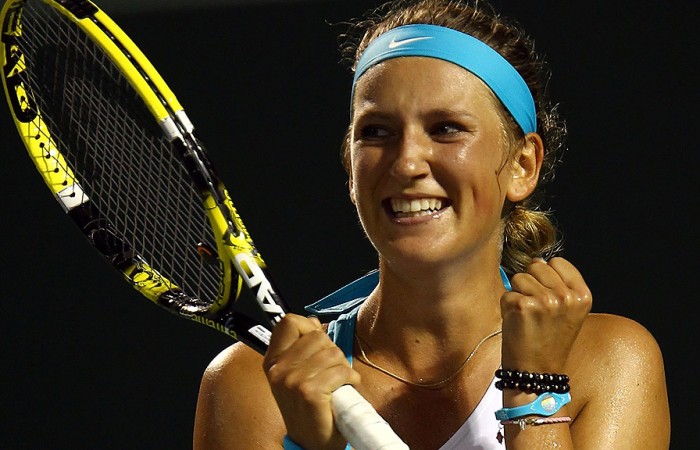 Azarenka, of Belarus, defeated the ailing Clijsters 6-3 6-3 to reach her first semifinal of the season.

In the semifinals she will face third-seeded Russian Vera Zvonareva, a 7-5 6-3 winner over Poland’s Agienszka Radwanska.

Belgium’s Clijsters had eight double faults and held her serve just three times in nine service games on Wednesday as she continues to be bothered by a right shoulder injury. The shoulder has bothered her since January when she won the Aussie Open.

Azarenka’s biggest career win came in 2009 when she captured the Key Biscayne title.

In the men’s draw, Mardy Fish ensured he’ll become the top-ranked American on the ATP tour after ousting an ailing David Ferrer to reach the semifinals.

While Ferrer had plenty of praise for Fish’s strong performance on serve, he said he couldn’t really rise to the challenge because of a stomach ailment.