Priscilla Hon exited to Victoria Azarenka at the Adelaide International but continued to show the improvements she's targeted in recent months. 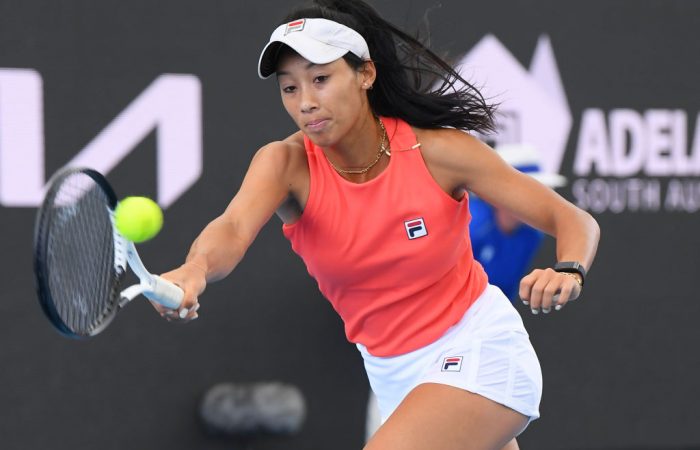 Australia’s Priscilla Hon has exited in the second round of the Adelaide International after a gallant battle with two-time Australian Open champion Victoria Azarenka.

The world No.263 started well, picking up where she left off in her win against Petra Kvitova on Monday.

Both players were serving strongly, with Hon sending down three aces in her opening two service games.

With Hon serving at 2-2, the first break point chance of the set arrived. Azarenka pounced on a second serve to secure the game, and she wouldn’t allow the door to open for the remainder of the set.

The world No.27 from Belarus closed out the first set with another break of serve in the ninth game, claiming the opener 6-3.

In the second set, Azarenka landed an early break and looked headed for a comfortable victory, but Hon hit back to get things on serve, clinching a break of her own with some terrific baseline defence.

Both players continued at a high level, with Azarenka’s relentless pressure eventually paying dividends with another break of serve coming in the 12th game as she secured victory 6-3 7-5.

Hon fought back hard on a couple of occasions and showed a lot of the mental resilience she has spent the past twelve months working on.

“It’s been something I’ve been really working on, not being scared playing these top 30 girls, actually believing I can beat them. I think in the last year I’ve been working really hard on it,” she commented during the week.

Hon remains focused on pushing into the top 100, a goal she was well on track to achiveve prior to a major hip injury she sustained in mid-2020.

“I have been getting pretty frustrated with not breaking into that top 100 the last couple of years,” said Hon.

“Hopefully I can do it this year. It is tough because when you are that close and you don’t get there for a couple years in a row, it kind of gets to you. Hopefully that will turn around this year.”