Tomic off to winning start

Bernard Tomic has survived a scare to move into the second round of the BNP Paribas Open in Indian Wells. 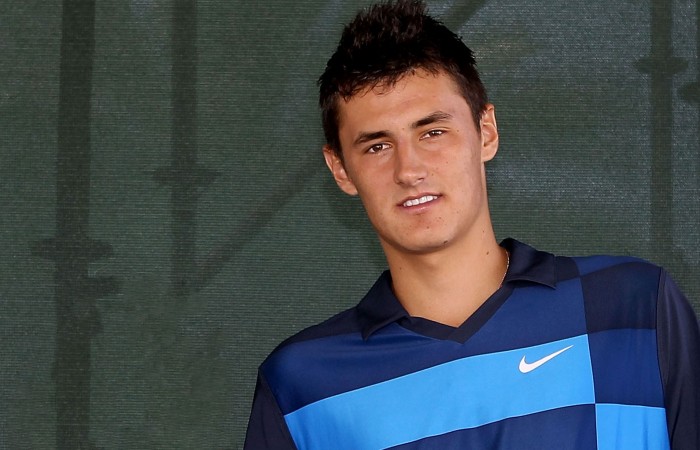 Bernard Tomic has survived a scare to move into the second round of the  BNP Paribas Open in Indian Wells.

The 18-year-old Australian was granted a wildcard by tournament directors on the back of some eye-catching performances during the Australian summer.

In a tense one hour and 48 minute affair, Tomic finally broke the Bopanna-imposed shackles with a crucial service break in the third set after the first two sets ended in tiebreaks to win 6-7(5) 7-6(1) 6-4.

The win means Tomic will face 16th seed Viktor Troicki in the second round. The18th-ranked Serb enjoyed a first-round bye and looms as a formidable barrier for Tomic.

While the news was good for Tomic, the desert has taken its toll on some of the other Australians.

World No.30 Jarmila Groth, who was hoping to continue her impressive climb up the rankings in 2011, was a surprise first-round casualty, going down to 40th-ranked Italian Sara Errani in three sets, 7-5 4-6 6-2

Groth’s Fed Cup teammate Anastasia Rodionova met with a similar fate as Romanian qualifier Monica Niculescu controlled their match from beginning to end as she swept Rodionova aside 6-3 6-1.

Australians still to play are fourth seed Sam Stosur, Lleyton Hewitt and Chris Guccione. Stosur, who had a win in the doubles with world No.5 Francesca Schiavone over Italian Fed Cup duo Sara Errani and Roberta Vinci, will play Spanish qualifier Laura Pous-Tio in the second round after enjoying a first-round bye. The two are scheduled to play on Saturday Indian Wells’ time.

Guccione has a tough assignment against US wildcard James Blake who he is scheduled to meet later today, while Hewitt takes on world No.43 Yen-Hsun Lu of Chinese Taipei in the first round in the final match on Stadium 2 later today local time. It looms as a danger match for the 64th-ranked Hewitt, but he will take solace knowing that he has won their past two encounters.