Australia's Jelena Dokic reached her first semi-finals in seven years by beating Bojana Jovanovski of Serbia 7-6 (7-4) 6-2 in the Malaysian Open. 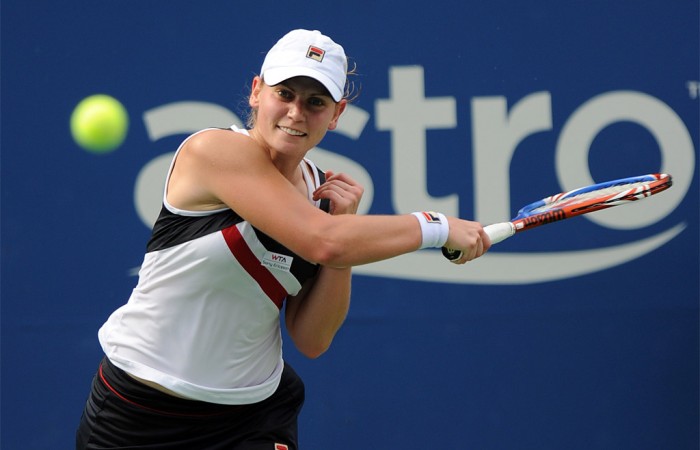 Australia’s Jelena Dokic reached her first semi-finals in seven years by beating Bojana Jovanovski of Serbia 7-6 (7-4) 6-2 in the Malaysian Open.

Dokic was a former world No.4 who drifted away from the tour from 2004 to 2008 then became the fourth wild card to reach a Grand Slam quarter-final in the Open era at the 2009 Australian Open in front of home fans.

Groth, already a winner of her second career title in January in Hobart on home soil, will play No. 5 Lucie Safarova on Saturday.

The Czech ended a three-match losing streak against No.2 Marion Bartoli of France 6-1, 6-4.

Michaella Krajicek of the Netherlands made it to her first semis on tour in six years by accounting for Luxembourg qualifier Anne Kremer 6-2, 6-3.

It was the first win in three matches against Kremer for Krajicek, who knocked out defending champ Alisa Kleybanova on Thursday.

Krajicek will play Dokic in the last four.