Jarmila Groth’s assault on the top 30 continues in Kuala Lumpur where she is through to the second round of the Malaysian Open. 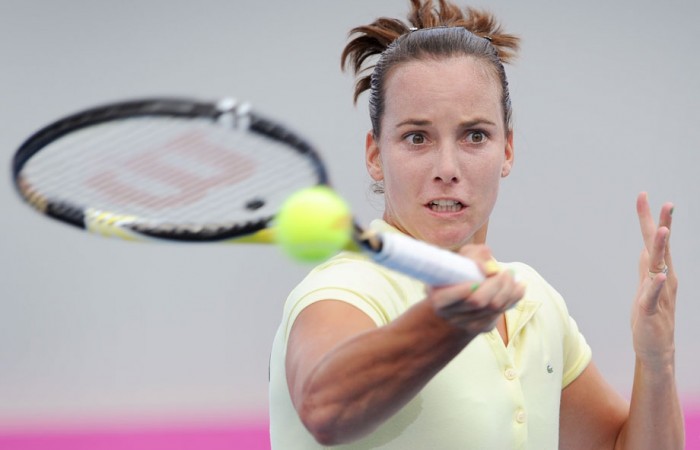 Jarmila Groth’s assault on the top 30 continues in Kuala Lumpur where she is through to the second round of the Malaysian Open.

Groth, the fourth seed, defeated Sun Shengnan of China 7-6(2) 6-3 to set up a second-round clash with Misaki Doi.
Doi, who is ranked almost 100 places behind Groth, is playing in her first WTA main draw for the year. This match will be Groth and Doi’s first on-court meeting.

World No.31 Groth is the second Australian to make it past the opening round after Jelena Dokic’s day one upset of top seed Francesca Schiavone. Dokic will face Japan’s Kurumi Nara on Wednesday for a place in the quarterfinals.

The win was only Safina’s 10th in the past 12 months after her distinguished career was derailed a year ago by a back injury.

The Russian’s ranking has fallen from No.2 to 113.

Safina progressed to a meeting with Lucie Safarova of the Czech Republic, ranked 35th.

Four of the five seeds in action, including defending champ Alisa Kleybanova of Russia, advanced on Tuesday, with the only casualty being seventh-seeded Kimiko Date-Krumm, who was beaten by Anne Kremer of Luxembourg 4-6 6-2 7-6(5).