Federer back in business

Roger Federer comfortably negotiated his first round encounter against Somdev Devvarman at the Dubai Open on Wednesday. 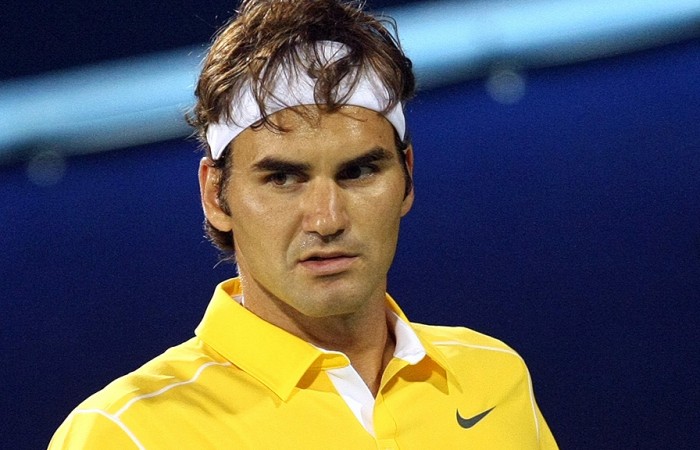 Roger Federer, without a grand slam title for the first time in eight years, on Tuesday comfortably negotiated his first encounter since losing the Australian Open title three weeks ago.

Federer needed only 75 minutes to win 6-3 6-3 against Somdev Devvarman, the world No.79 who had been given a wildcard entry with an eye to his popularity with the large Indian ex-pat population here.

It brought a partisan crowd and a full house which ensured as Federer made a successful start to his bid to regain a Dubai Open title he has already won four times.

Afterwards, Federer was interviewed on court and asked if his absence of grand slam titles meant it was the end of an era.

“The answer is – I am playing here,” he said, greeted with great cheers.

“It doesn’t stress me out.

“I won the tour finals at the end of last year. Novak [Djokovic] was too good at the Australian Open and I can only respect that and work on my game and hope that’s enough.

“In any case this isn’t about the grand slams – my focus is on Dubai.”

Federer broke for 4-2 when Devvarman served a double fault which gave him a hold on the first set and broke again in the fifth and ninth games of the second set.

Devvarman crafted two break points for 3-1 in the second set, but Federer saved the first with a heavy first delivery and the second with a trademark inside-out forehand drive.

He next plays Marcel Granollers of Spain, who comfortably beat Dmitry Tursunov.

Federer might even have a semifinal with Gilles Simon, who won for the first time in eight attempts when he overcame Mikhail Youzhny, the fourth-seeded Russian.

Simon, the former world No.6 from France who is trying to battle back up the rankings after injury problems, showed great patience and superb defence in a 6-3 7-5 win.

Federer’s previous match was the chastening straight sets defeat he endured against Djokovic in the semifinals of the Australian Open.

The Serbian’s first match since winning that title again suggested he is a better all-round player than when he won it the first time three years ago.

His smartly taken 6-3 6-3 win over Michael Llodra also reversed the result of their encounter in the Paris Masters three months ago.

“I didn’t know how I’m going to start the tournament after three weeks of not playing an official match. So I have to say I’m happy with the performance today,” Djokovic said.