Caroline Wozniacki, who takes over as world No.1 again on Monday, has outplayed Svetlana Kuznetsova 6-1 6-3 to win the final of Dubai Open. 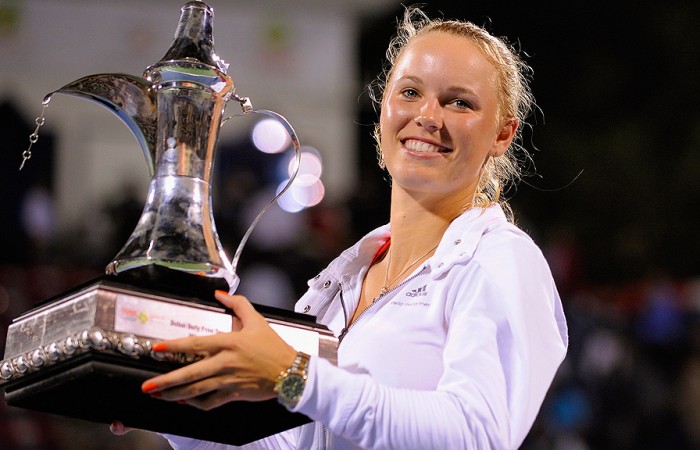 Caroline Wozniacki, who takes over from Kim Clijsters as world No.1 again in Monday’s new WTA ranking list, has outplayed Svetlana Kuznetsova 6-1 6-3 to win the final of Dubai Open.

Denmark’s Wozniacki turned in her fifth solid performance of the week against Kuznetsova, even though the former US and French Open champion had previously been showing signs of revival after more than six months in the doldrums.

Wozniacki broke serve at once for 2-0, and although she played one indifferent game, broke twice more to capture a one-sided first set in only half an hour.

Kuznetsova only briefly threatened a fightback as she broke serve when Wozniacki tried to close the match out at 5-2, but made far too many unforced errors to trouble the athletic, consistent Dane.

It was Wozniacki’s 13th title of her career.