Wozniacki eyes return to No.1

Caroline Wozniacki can reclaim the WTA's No.1 ranking from Kim Clijsters by reaching the semifinals at the Dubai Championships. 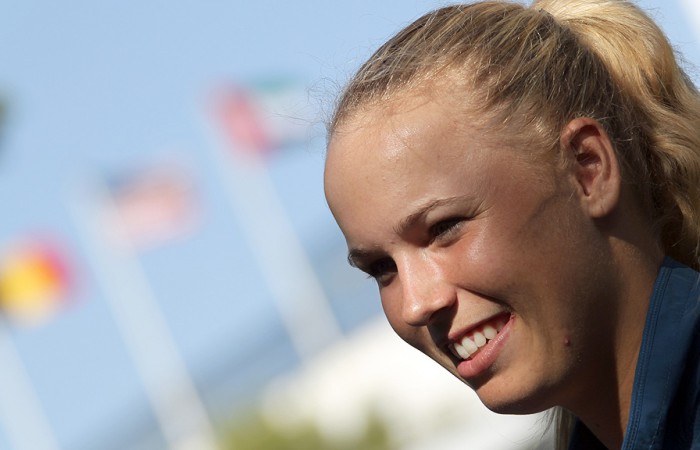 Caroline Wozniacki can reclaim the WTA’s No.1 ranking from Kim Clijsters by reaching the semifinals at the Dubai Championships.

Clijsters, who won the Australian Open last month, leads Wozniacki by 180 points in the rankings released on Monday. But she is skipping this week’s tournament, giving the 20-year-old Dane a chance to overtake her again.

Wozniacki, however, said she never pays attention to the rankings and felt no difference whether she is No.1 or No.2.

“I do my best. If I’m No.1, that’s great. That is what I always practice for. If I’m No.2, it’s still great. I go out there and play and do my best and the ranking comes afterward,” Wozniacki said.

The Dane took over the top spot in October from Serena Williams, who has been out of action since injuring her foot after WImbledon and has seen her ranking fall to No.12.

But the Dane has taken flack because has never won a Grand Slam title.

At the Australian Open, she lost to Li Na in the semifinals.

Ahead of her opening match on Wednesday, Wozniacki appeared bored with questions about the top ranking and the quality of the Dubai field, which doesn’t including Clijsters nor the Williams sisters, who are both out injured. The rest of the top eight players in the world are at the tournament, however.

“Maybe at least I won’t get this question over and over again, ‘How does it feel to be No.1 without winning a Grand Slam?”‘ she said.

“At least I get over that. I don’t feel differently. The sun is shining. I’m still playing the same away. I’m still here to compete in the tournament and trying to win it. There is absolutely no difference.”

She also dismissed suggestions that the field is weaker since it doesn’t feature some of the biggest names.

“It’s just not the same anymore … I think there are so many great players out there. Even when they are fit the other girls, it’s not sure they’ll win all time because there are a lot of good competitors out there.”

Several of the players in Dubai, including fourth-ranked Francesca Schiavone and fifth-ranked Sam Stosur, said Wozniacki will be No.1 again in the future.

“It’s very competitive,” Stosur said. “Kim has been [knocking] on that door for a little while and has won the last two Grand Slams that have been played. But having said that, Caroline didn’t buy her points. She’s gone out there and played every week and reaped the rewards. She hasn’t won a Grand Slam yet but she’s won a hell of a lot of other tournaments, all of the other big ones that we play.”

Schiavone, who lost to Wozniacki at the Australian Open, agreed.

“When you are No.1, it’s not a joke,” Schiavone said. “You have to play amazingly well and play six, seven tournaments in a row and she won everything. And to do this at [20] years old. She has a great mental ability and she has matured.”