Disappointed Molik out of Hobart

Australia's Alicia Molik was bundled out of the Hobart International on Thursday, losing 6-1 6-0 in the second round against Italy's Sara Errani. 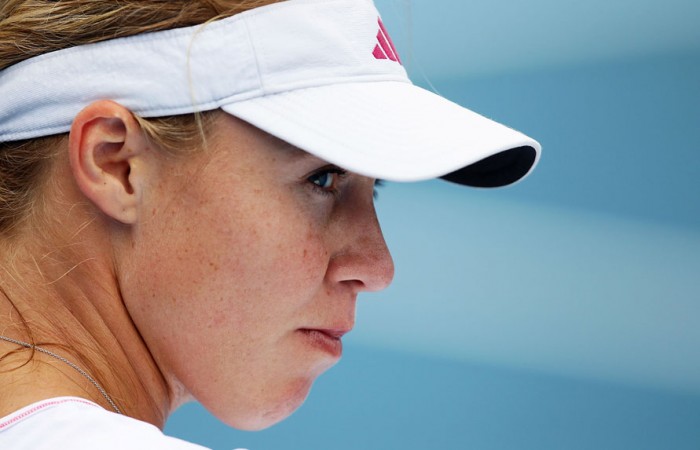 Australia’s Alicia Molik was bundled out of the Hobart International on Thursday, losing 6-1 6-0 in the second round against Italy’s Sara Errani.

It was the first game completed at the tournament in two days, after persistent rain played havoc with the schedule on Tuesday and Wednesday.

Molik failed to fire after the lengthy delay and was never in the match, losing in just 48 minutes.

But the former world No.8 refused to blame the rain for her poor showing.

“We deal with it all the time as professionals, I don’t think any player out here has the weather or the delay as an excuse,” she told reporters.

“I’ve played tennis 20 years, I should be good enough to come out and put on a sightly better performance than I did today.

“I have to cop it, I have to accept it. She killed me today, that’s sport and that’s tennis.”

Molik said she would head to Melbourne to finalise her preparations for the Australian Open, which begins next Monday.

“Tomorrow and the next couple of days I’ll be hitting the courts at Melbourne Park and just really working on my strengths again, getting my serve happening,” she said.

“I really need to get stuck in to practicing my returns.”

Errani will play her quarter final against the winner of the second round tie between Italian qualifier Alberta Brianti and Czech Klara Zakopalova.

World No.40 Jarmila Groth is the last Australian in the tournament, and will take on the winner of the match between Elena Baltacha and Roberta Vinci in the quarter finals.