Rain played havoc with the schedule at the Hobart International women's tennis tournament for a second consecutive day, raising the prospect of a delayed final the day before the Australian Open. 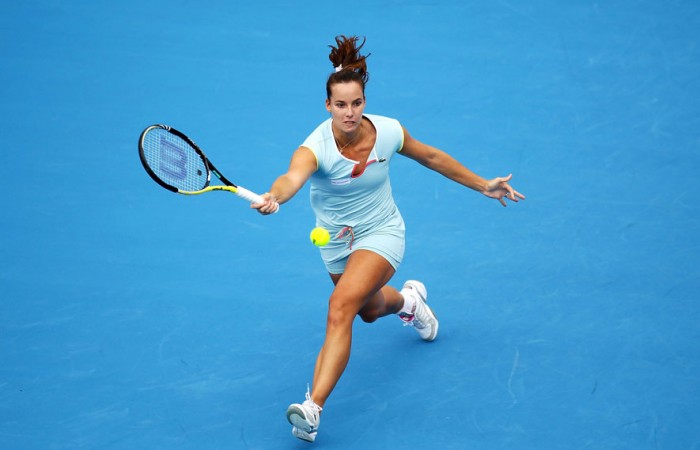 Rain played havoc with the schedule at the Hobart International women’s tennis tournament for a second consecutive day, raising the prospect of a delayed final the day before the Australian Open.

Countrywoman Jarmila Groth remained the only player through the quarter-finals, after winning the only completed game on Tuesday.

“The first is extending the hours of play on Thursday and Friday,” he said.

“The second option is to have the semi-finals and final on the Saturday.

“The third and worst case scenario, if we just can’t get out there, is to move the final to Sunday.”

The Australian Open begins next Monday, which would make for a tight turnaround for the finalists in Hobart.

Roberts said Australian Jessica Moore had missed qualifying for the Australian Open because she was committed to playing doubles in Hobart.

“Players risk a pretty hefty fine if they pull out of WTA tournaments,” he said.

“There’s no real point running out of here when it’s raining in Melbourne.”

Paul Fox-Hughes, the senior severe weather forecaster at the Bureau of Meteorology in Hobart, said rain would hit Tasmania for the next two days.

“We are expecting to get periods of rain over the next couple of days as part of this broader system that’s affecting most of the state and most of the eastern seaboard,” he said.

“It will ease a little during Thursday… and further rain on Friday, which will tend to ease. Into the weekend it should start to fine up.”