Roger Federer hammered out his determination to hang on to his Australian Open title when he brushed aside Nikolay Davydenko 6-3 6-4 to regain the Qatar Open crown on Saturday. 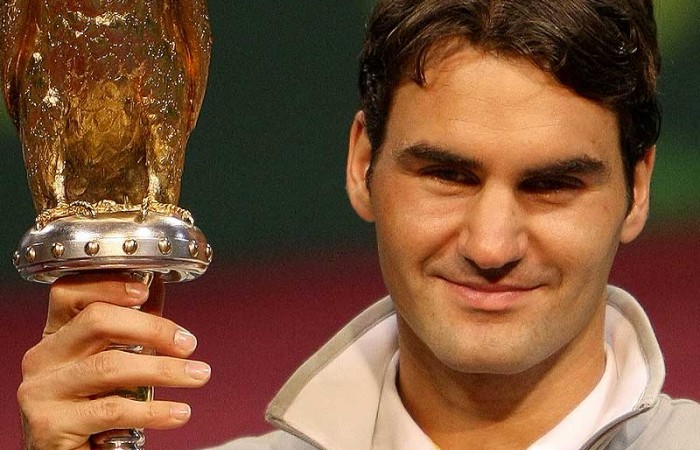 Roger Federer hammered out his determination to hang on to his Australian Open title when he brushed aside Nikolay Davydenko 6-3 6-4 to regain the Qatar Open crown on Saturday.

Last year the Russian beat the Swiss master on the way to the title.

This time world No.2 Federer overwhelmed the defending champion, who had put out top seed Rafael Nadal in Friday’s semi-finals, to complete the capture of the trophy without dropping a set.

He was assertive, consistent, and very intent on taking his 67th career title and third in Doha.

“I have had a good week. I really appreciate the support I get here. I have had good preparation. I can’t believe that I am on the board already this year.

“This was a strong tournament and I’m looking forward to the rest of the season.”

When Davydenko beat Federer here last year, he had not long come from the biggest triumph of his career – winning the ATP Championships year-end title in London, and he was still on an emotional high.

This time he is re-starting from a season in which he has battled a persistent wrist injury, and slipped out of the world’s top 20 for the first time in more than five years.

However Davydenko does look to be playing to a top ten standard, and after being gifted a win over a sick Nadal, he was clearly keen to make some sort of a mark.

But it was difficult going.

Federer started superbly, not only because he grabbed an immediate psychological advantage with an early break and a 3-0 lead, but because he launched into heavy pressurising attacks straight away.

The crucial thrust came in the ninth game of the second set when Federer hit such a crunching backhand winner down the line that Davydenko felt pressured into over-stretching and double faulted for love-40.

Federer took that chance immediately and finished the match without fuss, winning 10 points in a row.

“I have found a good rhythm,” he said.

“Yes, I think all things are possible for me this year.”

Davydenko said: “Federer never played better against me than today. He was fantastic, made so many fast points and was very difficult to play. If he holds to this level for the year he can be number one again for sure.”