Dokic happy to be ‘home’

Jelena Dokic has been to hell and back but says returning "home" to Sydney for the first time in more than a decade only brings back fond memories. 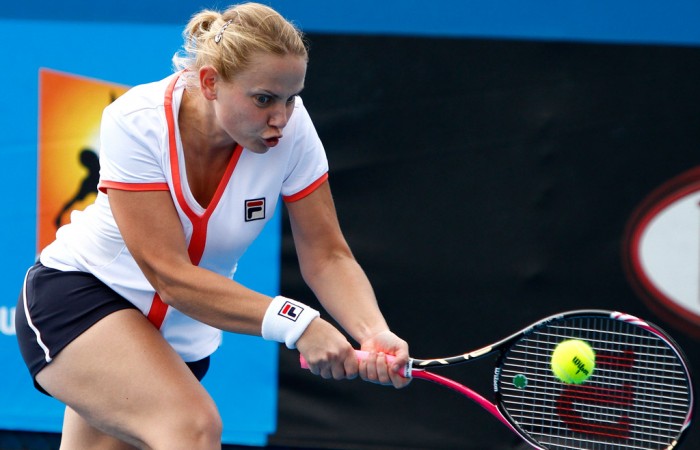 Jelena Dokic has been to hell and back but says returning “home” to Sydney for the first time in more than a decade only brings back fond memories.

Dokic emigrated to Sydney from Serbia as an 11-year-old but hasn’t played in the harbour city since contesting the bronze medal match at the 2000 Olympics before her world and tennis career turned to ruins.

Now 27, the one-time world No.4 and Wimbledon semi-finalist lists her Games experience as her career highlight and says she can’t wait to hit the Olympic Park courts for next week’s Sydney International.

“It’s been a long time … it’s good to be back in Sydney,” Dokic said after drawing dual grand slam champion Svetlana Kuznetsova in the opening round of the key Australian Open lead-up event.

“The last time was for the Olympics and some great memories for me. It was a great event for me.”

While her estranged father Damir was only last April released from a Serbian prison for threatening to bomb the Australian embassy in Belgrade, Dokic said visiting her mother Liliana, who still lives in Sydney, was a rare treat.

If coping with her oddball and controversial father wasn’t difficult enough, the former world junior champion has also had to fight back throughout her career from a catalogue of unfortunate injuries and illnesses, including glandular fever.

“As a professional athlete, you have to be ready for that,” Dokic said.

“It’s just a matter of how strong you are mentally to get over it, to deal with those issues and to be able to get back on to the court and work hard to get over those injuries.”

Dokic was floored yet again this week with a stomach virus that seriously undermined her Brisbane International campaign.

After winning her first-round encounter against Anastasia Pivovarova, the Australian Open wildcard suffered a 6-0 6-1 loss to German Andrea Petkovic in a match Dokic on Saturday claimed she should never have played.

“I’m getting better, but I’m still a little bit weak. I had a few days off and just practised for the first time today and hopefully I can play Monday and then get an extra rest day tomorrow.”

Dokic thrilled fans with her captivating run to the quarter-finals in Melbourne two years ago as a wildcard, but now ranked 138th after her disrupted 2010, she has only modest expectations for this month’s Open.

“Obviously I’d like to do well in Melbourne but there’s tournaments all year and hopefully (I have) no injuries and then I can play a lot of tournaments,” she said.

“It’s still the beginning of the year … But the confidence is good. I already had a win last week.

“Unfortunately it would have been good if I could have played another match fully (healthy), but the main thing is that I get 100 per cent fit for the next match.”