For the third straight year rising star Bernard Tomic has crashed out in the Brisbane International first round. 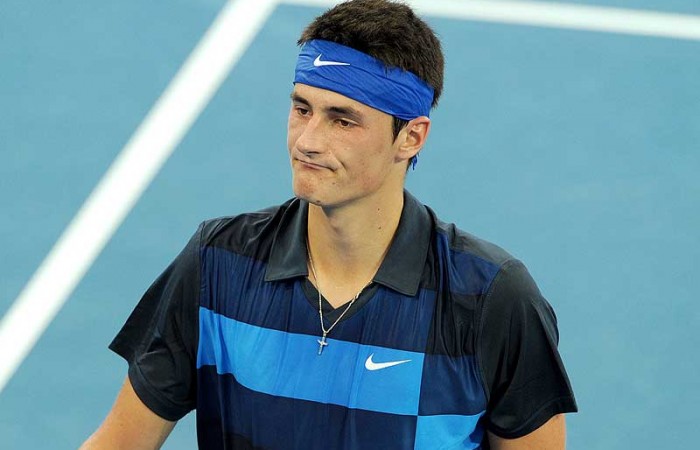 For the third straight year rising star Bernard Tomic has crashed out in the Brisbane International first round.

The 18 year old was thrashed 6-2 6-2 by German seventh seed Florian Mayer in just 53 minutes at Pat Rafter Arena on Monday.

Tomic had been looking to start making headlines for all the right reasons this year after a controversial end to 2010.

The Gold Coast teenager withdrew from the recent Australian Open wildcard play-offs, citing illness, only to be spotted training the day they started.

It added another chapter to Tomic’s colourful past, which also includes a fallout with Australian No.1 Lleyton Hewitt.

Tomic was poised to turn heads at the Brisbane International after snapping up a third-straight wildcard and arriving with a career-high 208 world ranking – 78 places better than he was 12 months ago.

But it was a case of third time unlucky for Tomic against an opponent ranked 171 places higher and nine years older.

World No.138 Matosevic is the third-highest ranked Australian on the world standings but will have his work cut out against the former US Open champion who is seeded second in Brisbane.