Former world No. 4 Jelena Dokic will make her long-awaited return to the Medibank International Sydney in January after securing a wildcard. 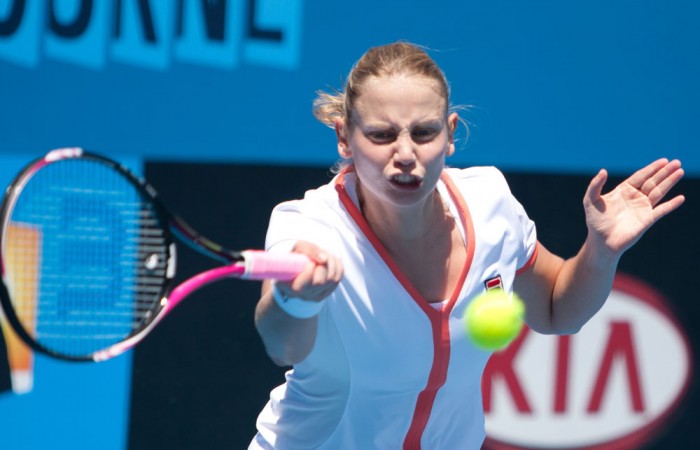 Former world No. 4 Jelena Dokic will make her long-awaited return to the Medibank International Sydney in January after securing a wildcard.

Australian favourite Dokic was announced as the first female wildcard into the January 9 to 15 event and will join seven of the world’s top 10 women, including Caroline Wozniacki, Kim Clijsters and Samantha Stosur.

This will be Dokic’s first appearance at the event since January 2000 and only her third visit to Sydney Olympic Park Tennis Centre.

Dokic, currently ranked 138, said she was excited about returning to her hometown event, after a difficult injury-plagued 2010 season.

“I am very grateful to be awarded a wildcard into the Medibank International Sydney,” Dokic said.

“I have a lot of great memories from playing there during the 2000 Olympics, so I hope the Sydney crowds will come out and support me.

“The tournament organisers have shown a lot of confidence in me and have provided me with a great opportunity to get some tough matches under my belt ahead of the Australian Open.

“The women’s draw there is incredible, so I know I am going to have to be at my very best to get some good results but I am very happy with how my form is coming along so far.”

Tournament Director Craig Watson said he was looking forward to welcoming Dokic back to Sydney after an 11-year absence.

“It will be great to have Jelena back in the main draw at the Medibank International Sydney in January,” Watson said.

“She is a very deserving wildcard recipient after her strong showing at the Australian Open wildcard play-off and I know she always brings her very best to the court when she is competing on home soil.

“Having lived and trained in Sydney in her junior years, I know Jelena is very excited to be returning to the event and I’m sure our crowds will be 100 per cent behind her throughout the whole week.”

Dokic, a finalist in the Australian Open wildcard play-off earlier this month, won three ITF titles in 2010 in Bucharest, Contrexeville and Vancouver.

Further men’s and women’s wildcards to Medibank International Sydney 2011 will be confirmed and announced in the next week.

Tickets to the Medibank International Sydney 2011 are on sale now through Ticketek and can be purchased online at www.ticketek.com.au or 1300 888 104.