Australian Open 2011 play-off winner Olivia Rogowska (Vic) is set to prepare for next year’s Grand Slam® tournament by competing at the Moorilla Hobart International in January. 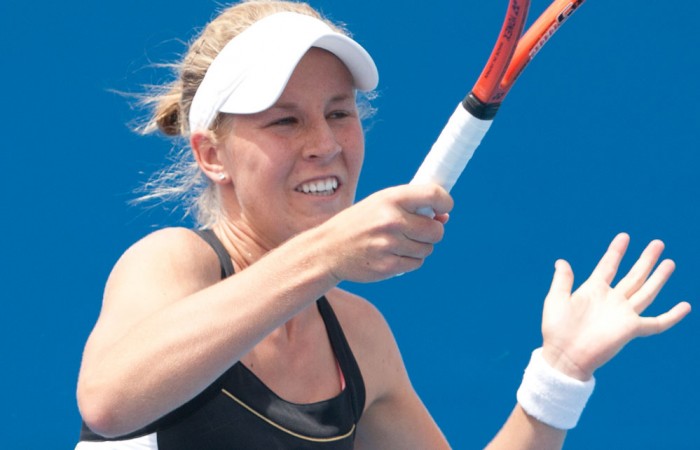 Australian Open 2011 play-off  winner Olivia Rogowska (Vic) is set to prepare for next year’s Grand Slam® tournament by competing at the Moorilla Hobart International in January.

Currently ranked No.259 in the world, Rogowska was confirmed today as the second wildcard in Hobart after former champion Alicia Molik (AUS), and was hoping to build upon her recent success at the Australian Open Play-off.

“I’m really excited to be playing at the tournament for the third time, and hopefully I can have a couple of wins and prepare well for the Australian Open,” Rogowska said.

“I had a really good end to the year after winning the Australian Open Play-off and I feel as though my confidence is coming back again.”

Rogowska is expected to face strong competition from world No.16 Marion Bartoli (FRA) and former world No.1and Australian Open runner-up Dinara Safina of Russia, who defeated the rising star in a thrilling three-set match in the opening round of the US Open in 2009.

The Commonwealth Games silver medallist will also line up against Anastasia Pavlyuchenkova (RUS), who defeated her in the first round of the Moorilla Hobart International in 2009. Rogowska was defeated this year by Shahar Peer (ISR) in a hard-fought first round match.

“Every competitor and match will be really tough in Hobart but I will go out and play with nothing to lose,” Rogowska said.

“We’re excited to have Olivia back in Hobart, especially after her great performance against Jelena Dokic in the final of the Australian Open Play-off,” Roberts said.

“She is still only 19 years old and undoubtedly one of Australia’s brightest female talents who is improving each year.”

Rogowska came to the Australian public’s attention in 2009 after a stunning upset of top 50 player Maria Kirilenko (RUS) in the first round of the French Open. After a slow start to 2010, Rogowska reached the semifinals of the Alice Springs Tennis International and won the Darwin Tennis International in September, before claiming a place in the main draw of Australian Open 2011.