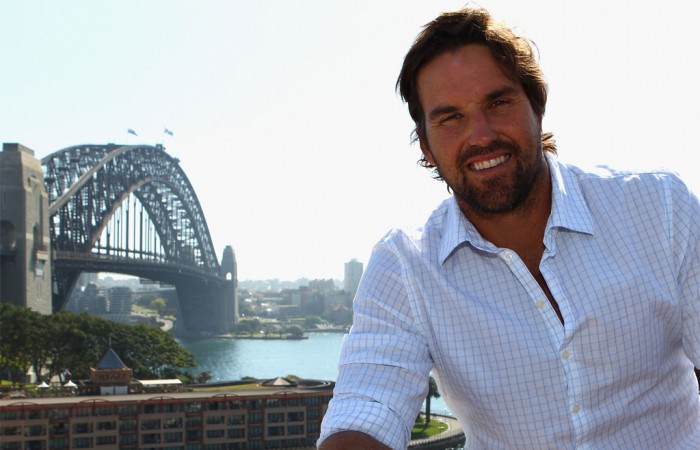 Rafter replaces current captain John Fitzgerald, who has announced his retirement from the role after 10 years at the helm.

“Pat has such a passion for Davis Cup and for the sport in general. I know he will make a success of this and Tony’s incredible record speaks for itself,” Tiley said.

“This is something of a dream-team combination. Pat and Tony both have an incredible commitment to the sport and their country, and to be able to get them both on board is truly a coup,” he said.

Rafter said he was honoured to be offered the job and to follow in the footsteps of Fitzgerald.

“I want to congratulate Fitzy on his magnificent career in a tremendous decade as Davis Cup captain with obviously the 2003 victory as a highlight.

“I am really looking forward to working with the team and helping lift Australian men’s tennis on the world stage,” he said.

Roche returns to the Davis Cup team having previously partnered with John Newcombe to help Australia to a famous victory in 1999.

“I am very excited about working with Pat. I think we can make a very substantial contribution to Australian men’s tennis,” he said.

“I’m happy with the appointment of Pat and Rochey. Pat and I get along great and have shared some special moments at the highest level of Davis Cup, and I look forward to working with him,” he said.

“And Rochey, I have always said his experience is second to none and he will be a fantastic addition again to the team.”
Fitzgerald said it was the perfect climax to a terrific decade at the helm of the Australian Davis Cup team.

“I have been keen for Pat to do this for some time. To be able to have someone of his calibre and class lead this team into the future, is something I am really proud of.

“Having Rochey working with him will give him the benefit of some enormous experience and talent. It is an excellent leadership team,” he said.

“With such a good pair ready to step in I felt the timing was perfect. It has been an absolute privilege to lead this team and obviously the highlight for me was the win in 2003.”

Woodbridge paid tribute to the efforts of Fitzgerald.

“He has made a massive contribution to Australian tennis and Davis Cup in the last decade, through thick and thin.”

Tiley said he was keen for Fitzgerald to stay very much involved in Australian tennis in some capacity.

“He certainly has plenty to offer on and off the court.”

Tiley added that both Fitzgerald and Woodbridge, as head of men’s tennis, were instrumental in negotiating the change.

“They wanted a smooth transition to a world-class leadership team, and felt the timing and personnel were perfect.”