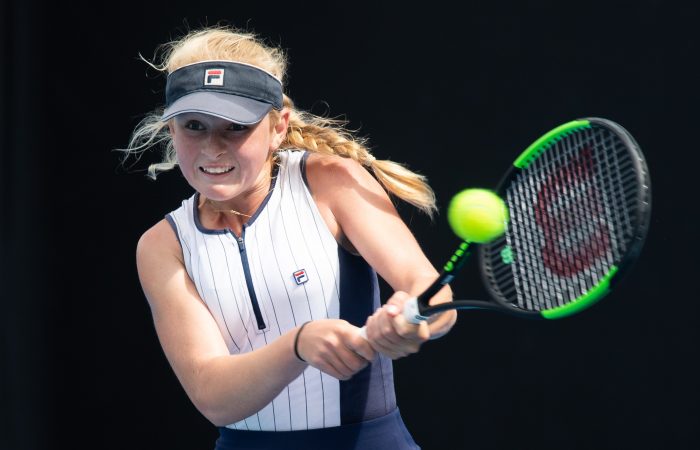 Being the youngest player in this year’s Australian Open qualifying draw has not hindered Perth teen Taylah Preston as she made a stunning Grand Slam debut, beating former world No.32 Kurumi Nara in the opening round of the Australian Open 2022 qualifying competition on Tuesday 11 January.

Currently ranked No. 1184 and contesting only her fourth professional tournament, the 16-year-old wildcard produced a fearless display at Melbourne Park, securing the win against the more experience world No. 189 in just 91 minutes.

It continues a breakout summer for Preston, who was named Female Junior Athlete of the Year at the 2021 Australian Tennis Awards. Last week she beat former world No. 5 Sara Errani in Melbourne Summer Set qualifying.

“It’s always been a dream to play in the Australian Open and even though it’s qualifying, it’s still playing in the tournament,” Preston told The West Australian last month.

“Taylah has fantastic qualities of competitiveness and spirit on the court and we’ve always focused on being humble and a good person off the court as well. Those traits and her attitude are a big part of why she is such a great tennis player,” said Brad Dyer, Preston’s coach of eight years.