The ATP Cup: An Open Letter from Craig Tiley 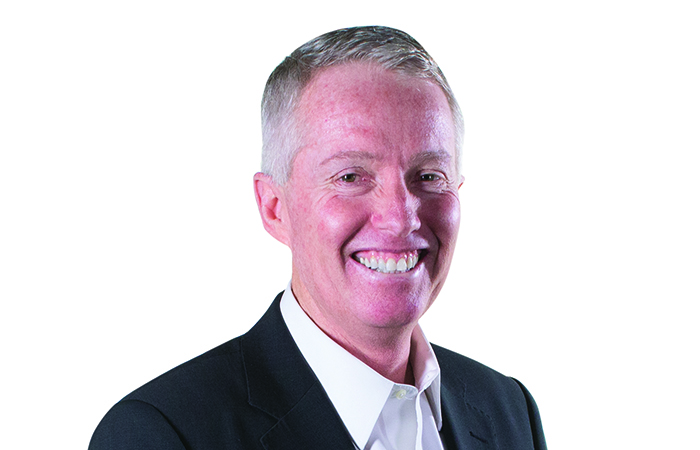 This is why the Hopman Cup has become such a huge part of WA’s sporting identity. Since debuting in 1989, it has been known as the fun way for the world’s biggest tennis stars to get some quality match play and to kick-off their season.

Traditionally held between Christmas and New Year, people from all over the state have thrown their support behind the event, turning up firstly to the Burswood Dome and more recently, to the stunning RAC Arena, for a fun day out to cheer on their heroes and watch some extraordinary tennis.

There have been many memorable moments over the past 30 years and there is no doubt that this year’s Hopman Cup, led by greats Serena Williams and Roger Federer, was up there with the best. It was also a fitting grand finale as it will also be the last one held in Perth.

It’s important to recognise that this is not the end of world-class tennis in Perth, but rather the beginning of a new era, as we introduce the most ambitious new event in world tennis, the ATP Cup, and with it, the opportunity for increased global exposure.

In January 2020 Perth will host four of the top 12 and eight of the top 24 male players, all leading their nations in this exciting new team event.

As way of background, the decision by the ATP to revive the men’s World Team Cup, an event played in Dusseldorf, Germany since 1978 before it was discontinued in 2012, set off a chain reaction that inevitably would make the continuation of the Hopman Cup in Perth completely unviable and unrealistic.

Looking to improve the tour and conditions for its players, the ATP wanted an opportunity for its players to play team tennis and the players themselves wholeheartedly supported the move.

The question was when? It was a tough question in an international calendar packed with events. There were many options considered, but the most logical answer was January. It could fit nicely into the start of the year in the lead-up to the Australian Open. Then the question became where?

There was talk of Singapore, China, the Middle East and North America. It became obvious to us that this event was attracting strong international financial backing, and even more importantly, had the overwhelming support of the players.

The choice was stark – keep the status quo and battle to attract players to competing events in Australia each year, or put our hand up to run the event ourselves. It wasn’t really a choice in the end.

Our over-arching aim is to provide world-class tennis for as long as possible in Australia in order to generate as much exposure for the sport as we can.  We want future generations to be able to see these incredible international superstars up-close at these events or, if they can’t be there in person, to at least engage with them on a screen.

This means hosting international events in major cities like Perth and generating more content to excite audiences across multiple platforms. As part of this process we are also continuing to explore the potential for top-quality women’s team tennis to return to Perth in the future.

Ultimately, we want to inspire our kids to pick up a racquet and potentially follow in the footsteps of generations of legendary Australian tennis players. Others may play competitively, still others may just want to have a social hit. The end result is not only good for them but good for our community and our nation.

While the Hopman Cup has served this role brilliantly for more than three decades, the revival of the ATP Cup and the imperative to stage it here in Australia, has effectively rendered the Hopman Cup unsustainable. On top of the commercial realities such as $22m prizemoney, the ATP Cup offers 750 ranking points to which there is no financial answer.

Put simply, a Hopman Cup in Perth run against an ATP Cup in week one of the tennis calendar would be a very different event to what we have all come to expect and love.

The ATP Cup is an amazing opportunity for tennis to inspire the next generation.

It is a unique concept supported overwhelmingly by the players. They not only want this event, they want it in Australia in January.

That is a recognition of the great support they get from Australian tennis fans. It’s why Perth was an obvious choice as one of the host cities. WA has shown incredible support of tennis through its love of the Hopman Cup over the last three decades.

The hope is that this event will continue and even grow this support, arousing a passionate tribalism for each nation as they engage in intense competition for a coveted title. As the West Australian fans know, tennis players have a habit of performing amazing feats when playing for their countries and each other.

The ATP Cup will launch the global tennis season for the men. There will be 24 teams playing in three cities – looking to win for their country. Four of the top 12 and eight of the top 24 players will compete in Perth. There will be two singles and a doubles match per tie. Two sessions a day and six days of incredible tennis.

It will be part of the biggest summer of international tennis ever on display in this country, all leading into the Australian Open.

The generational embrace of world-class tennis, great facilities and knowledgeable, passionate crowds are all great reasons why Perth is an obvious choice to host the most exciting new event on the global tennis calendar. The fact the players love coming here is another.

Whatever the reasons, the 2020 tennis season will be launched in Perth in January and I can’t wait to show the world what this great city has to offer.