Doubles wins for Moore and Peers while Sharma bows out 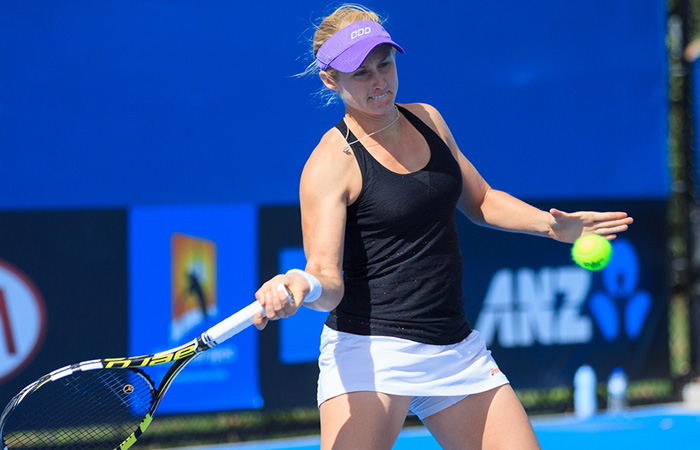 Jessica Moore and John Peers kept the black swan flag of WA flying high during the day session of Day 3 of the Australian Open in Melbourne today while rising star Astra Sharma bowed out in the singles.

Moore and partner Monique Adamczak had a comprehensive win over the Serbian- Chinese combination of Krunic and Zheng  6-1,6-4.

2017 Australian Open Doubles Champions, John Peers and Henri Kotinen, had an even easier time of it in their first round match against Mexican Santiago Gonzalez and Pakistan’s Aisen Ul-Haq Qureshi when Gonzalez retired hurt at 3-1 down in the second set. Peers and Kontinen won the first set 6-3.

Sharma reflected on the her error ridden first set saying that it was a combination of nerves and just wanting to play too well that was her undoing, but is now much wiser for the experience on making the second round of her home Grand Slam on her first attempt.

“I am really pleased how I came back in the second (set),” Sharma said.

“I am pretty happy how I loosened up. I now have the confidence to play at this level.”

“I am just really bummed about today (the result).”

Being aware that youngsters back home in WA are looking up to her as a source of inspiration since she has burst onto the scene in the last week, Sharma gave some solid advice to them.

“You don’t have to come from the biggest city or have the best facilities (for success),” she said.

“It has to come from your own drive not from your parents or anyone else.”