Want to live longer? You can, with Have a Hit on Us! 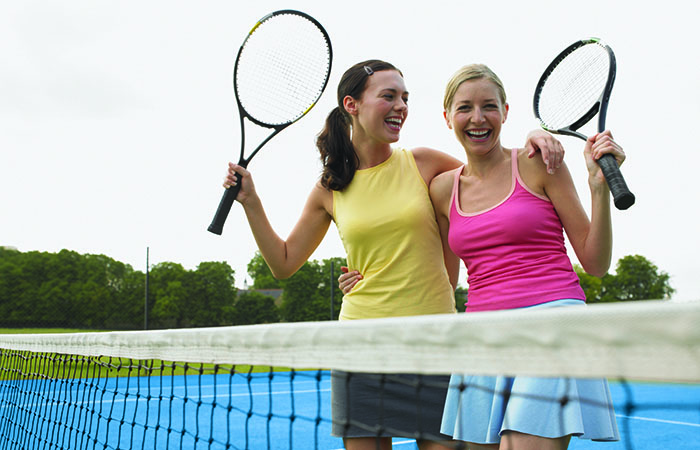 If you attended this year’s Mastercard Hopman Cup, you might just be well on your way to living a longer and healthier life. There is a catch though of course, you’ll need to take advantage of the Have a Hit on Us campaign. whereby you redeem your Mastercard Hopman Cup ticket for a free hour of court hire.

So what’s the link between living longer and the Have a Hit on Us offer?

Well, in a recent study published in September 2018 by Mayo Clinic proceedings, tennis was identified as the number one activity for increasing life expectancy. The study, which followed 8577 participants over 25 years, found that the life expectancy of tennis players was increased by 9.7 years, significantly outperforming activities such as running, cycling, swimming, soccer and health club activities.

The observational study, which began in 1991, analysed the distribution and determinants of health and disease across defined population groups, concluding that sports with increased social interaction, proved to correlate positively with increased longevity. Not surprising then, that tennis aced the study as a standout.

“Even after the necessary adjustments were made for all-cause mortality, including considerations for age, sex, education, income, diabetes and drinking  and smoking habits, tennis still came out on top,” said Dr. Schnohr.

“The most significant factor highlighted in the study is the relevance of social connectedness that can be found alongside exercise,” said Sherrington.

Adding to the conversation was 87 year old tennis player, Marie Burns, who supported the study’s findings, noting the significant impact that tennis has played throughout her life.

“I’ve played with the same group of ladies for some 45 years now, we’re all in our 80’s and it’s the companionship that we value most. We play every Wednesday, it means we’re getting out of the house. We discuss current issues, it keeps us in tune and connected with each other and the word,” said Mrs. Burns.

The Copenhagen study isn’t alone in its findings either, with supportive evidence proving that good interpersonal connections brings twice as much protection against early mortality. Above all, what proves most important, is regular participation in interactive sports that provide both exercise and social connectedness. Belonging to a group or team that meets regularly, is repeatedly proven to contribute positively to a sense of well-being with significant impacts long-term health.

Offering physical activity, social engagement and connectedness – the game of tennis really has it all. So why not start off 2019 doing something that your future self will thank you for. You better act quickly though, the Have a Hit on Us 1 hour FREE court hire offer expires January 31.

You can find out more about the Have a Hit on Us offer here.

For more information about the ABC Health Report, click here.