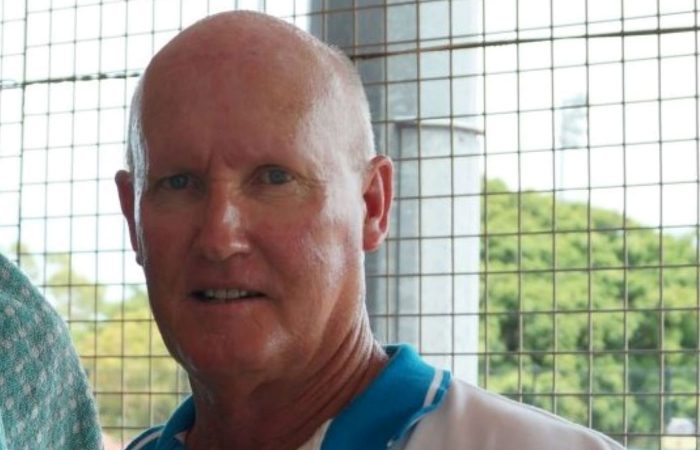 Cabrera played in this week’s UTR Pro Series final in Brisbane and spoke afterwards of the impact Hannah had and continued to have on her career.

“He was a really big part of my life actually. So yeah, I was actually a bit of an emotional wreck this week. I just still can’t believe the news.

“He played such a big role (in my development), and kind of why I’m here. He coached me from five to 13, and watched me play at the Aus Open, so that was really nice, knowing that he could see me actually at a home Slam, which is super exciting.

“I just think he created such a belief for myself, like in my game. And being from the country it was all really hard not knowing what your level was like, compared to going to the bigger cities. I just remember him instilling in me just to work hard and just keep believing in myself. He just always talked so positively about me and always helped out my family so much from a young age — sometimes we were having financial problems and Wayne would go out of his way to coach me, and not even charge me at times. He was just such a good person, a great coach, and yeah, such a good mentor.”

Despite moving to Brisbane to be part of the National Academy program, Cabrera kept her connection with Hannah throughout.

“I actually went back (to Townsville) last year and saw him and I know JP (Smith) who was really close to him was pretty devastated and had to pull of out (of this week’s UTR event).

“It’s just crazy, because he was one of the healthiest guys and he just was so nice and caring, gave so much to the sport, especially to tennis Townsville … I still really can’t believe it.

“My thoughts go out to his family.  I’m gonna fly to Townsville for the funeral on Friday, so hopefully I can pay my condolences and see everyone and just do whatever I can to help their family and the club.

“Wayne was an exceptional coach and advocate for regional Tennis. His love of the game with his students and the wider Tennis community, helped to grow the game in the region. Our thoughts go out to his family and Tennis Townsville who have lost someone very special.

“It’s hard to forget someone who gave you so much to remember.”