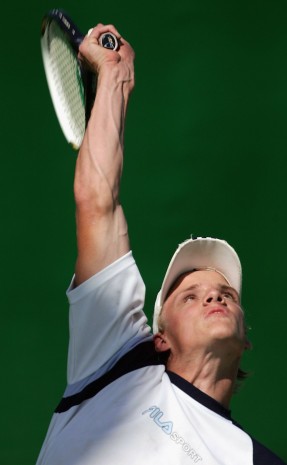 Richard credits his coaches, Mick Connell and David Hall, for having the strongest influence on his career.

Richard was a keen basketballer before he lost interest at nine years of age and decided to take up wheelchair tennis.

His most memorable moment was hitting an ace to win a semifinal match against the Netherlands at the 2005 World Team Cup. His primary weapon is a big serve but he also possesses plenty of speed around the court.

Richard lived in the Netherlands for eight years where he completed school and has since completed a Certificate III in fitness.

Richard has an older brother, Daniel, and a younger brother, Stefan. His father, Alan, is a voluntary bus driver for kids with disabilities, while his mother, Ina, is a nurse.

Richard Engles in the news