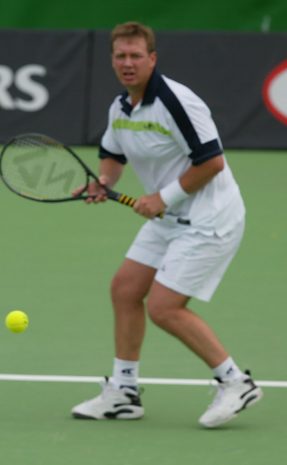 He was an Australian Open doubles finalist in 1989, partnering Darren Cahill. Kratzmann won the Australian junior championships in 1982 and 1984.

A left-hander, he was ranked No.5 in doubles in 1990, the same year he hit his highest singles ranking of No.50.

He played three Davis Cup ties for Australia, partnering Cahill to win the doubles against Argentina and New Zealand in 1990 and losing with Todd Woodbridge at the World Group semifinal against France in 1991.

He is based in Windera, Queensland.

Mark Kratzmann in the news