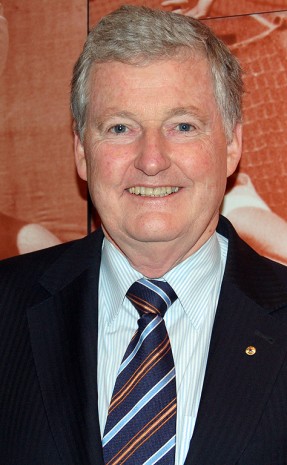 Pollard was President of Tennis Australia from 1989 to October 2010.

He was also Chairman of the Tennis Australia Board during the same period.

His involvement with tennis began as a player – he represented Australia in Junior Davis Cup from 1961 to 1963 and finished runner-up at the Australian Open Junior Championships in 1961.

He holds a degree in Science from the University of Sydney and was a senior lecturer in statistics at Macquarie University while serving as the President of the New South Wales Lawn Tennis Association from 1979 to 1989.

In 1988 he was awarded a Member of the Order of Australia for his ongoing and significant contribution to the sport.

Geoff Pollard in the news The late John Bromwich was at the weekend recognised for his national representation with a Davis Cup commitment award.
Read more
2010 International Tennis Hall of Fame Legends Ball
14 September, 2010