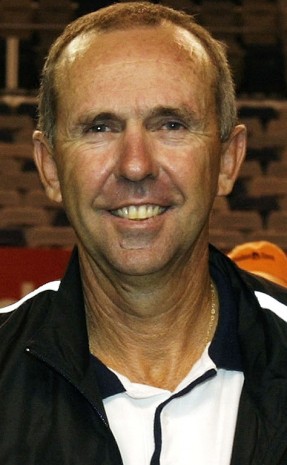 In doubles, he collected 26 pro titles including three Australian Opens, one Wimbledon and a US Open mixed.

He represented Australia in Davis Cup throughout the 1970s, compiling an 8-4 win–loss record (2-1 singles, 6-3 doubles).

Since retiring, Masters, who lives on the Gold Coast, has worked as a coach.

He spent some time as head coach at the Queensland Academy of Sport and also worked with Bernard Tomic from late 2009 to early 2010.

He is also a television and radio commentator.

Geoff Masters in the news