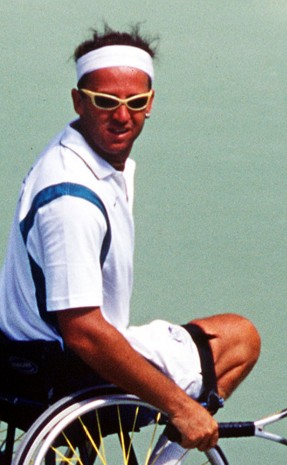 During his 15-year international wheelchair tennis career, David reached a career-high singles ranking of No.6 (June 2000) and No.2 in doubles (July 2000).

At the Super Series events, his best singles results were semifinal appearances at the Australian and French Opens and the quarterfinals at the British and US Opens.

Together they won silver at the Sydney 2000 Paralympics and secured the title of champion nation at the 2000 World Team Cup.

David Johnson in the news