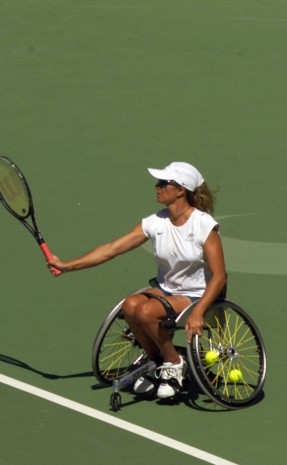 Branka Pupovac first began competing in international wheelchair tennis tournaments in 1996, and in 1998 she had a breakthrough year, reaching the quarterfinals of the Australian Open, winning the US Open consolation draw and advancing to the final of the British Open consolation draw.

In 1999 she paired with Daniela Di Toro to take out the World Team Cup for Australia. Branka had another great year in 2000, finishing runner-up in the consolation draws at the Australian Open and French Open, and culminating in a doubles silver medal at the Sydney 2000 Paralympics, which she won with Di Toro.

She achieved a career-high singles ranking of No.12 (October 2000) and in doubles she peaked at No.9 (August 1999). Her last international tournament was the 2004 World Team Cup in New Zealand.

Branka Pupovac in the news