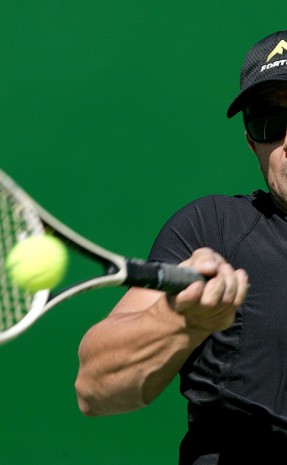 At his peak, Anthony reached the world’s top 20 and represented Australia at the Paralympics. He won an impressive six consecutive Victorian Hardcourt Championships.

Anthony took up tennis after his accident in 1993 and joined the Tour at age 23.

Throughout his career, Anthony achieved a number of outstanding results including a Paralympic bronze at Athens in 2004.

He was also part of the winning Australian team at the World Team Cup in Italy in 2002.

He now coaches both wheelchair and able-bodied tennis players.

Anthony Bonaccurso in the news