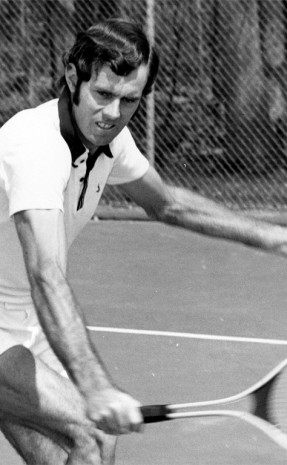 Stone went to Caulfield Grammar and completed a Commerce Degree at the University of Melbourne.

He was a member of the Australian Davis Cup team for four years and compiled a 6-0 record.

He was Australian doubles champion with Dick Crealy in 1968 and runner-up in 1975 with the late Bob Carmichael, United States National Doubles Champion in 1969 with Crealy and in 1976 with Ray Ruffels.

In 1975 he was Wimbledon doubles finalist with Colin Dowdeswell, and made the finals of the Australian Open with Carmichael.

Teaming up with Margaret Court, they were Australian mixed doubles finalists in 1968, losing to Crealy and King.

He was a Wimbledon finalist again in 1975 with Betty Stove from the Netherlands.

Stone won a total of 11 ATP doubles titles and was a singles finalist on four occasions, with a career-high singles ranking of No.38 in April 1975.

Allan Stone in the news