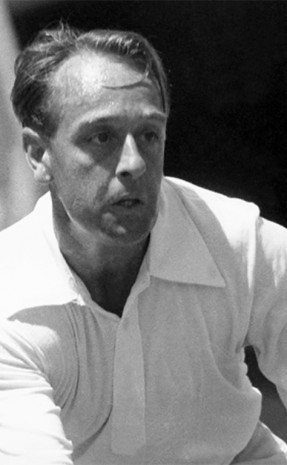 Best known as one half of the successful doubles duo Bromwich-Quist, Adrian Quist was a talented singles player as well, winning three Australian titles. Between 1936 and 1950, Quist won 10 successive Australian doubles titles – a record that stands. The last eight he won with John Bromwich, while the first two were secured with Don Turnbull. With an all-court game and sharp volleys, Quist was an important member of Australia’s Davis Cup team. He performed heroically in the 1939 championship team, winning the doubles with Bromwich to keep Australia alive and then winning his reverse singles in five sets against American great Bobby Riggs.

Adrian Quist in the news