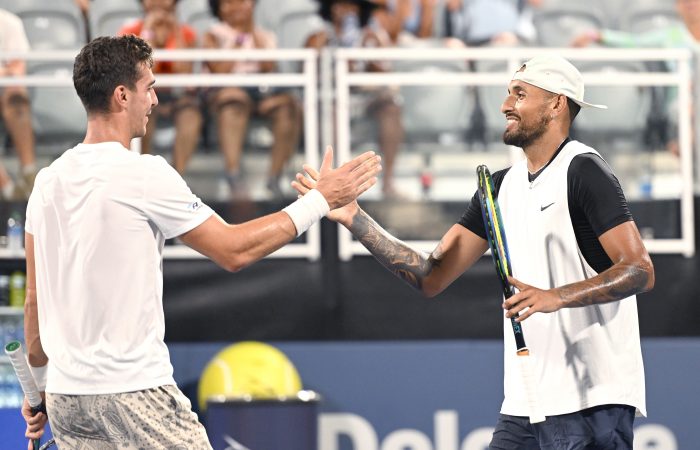 The second-seeded duo combined superbly to score a 7-6(4) 7-5 victory against Jason Kubler and John Peers in an all-Australian final today.

It was the first all-Australian doubles final at an ATP tournament since Tood Woodbridge and Mark Woodforde defeated Wayne Arthurs and Sandon Stolle at Hamburg in 2000.

The Special Ks, who had recorded a three-set win in a rain-delayed semifinal earlier in the day, clinched their second tour-level title as a team in 94 minutes. They fired 15 aces and saved all four break points they faced in the championship match.

This improves the Australian Open 2022 champion’s season record to 13 wins from their 15 matches together.

It is also a third career ATP doubles title for 27-year-old Kyrgios and maintains his unbeaten record in tour-level doubles finals.

The 23-year-old Australian posted a 6-3 6-3 win against American Jenson Brooksby in the final.

The last time Australians swept the singles and doubles crowns at a tour-level event was Bogota in 2014, when Bernard Tomic claimed the singles title and Sam Groth and Chris Guccione combined to win the doubles.