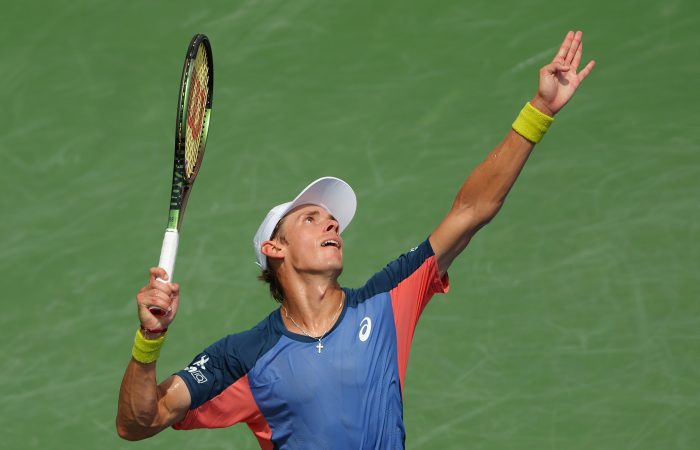 The 23-year-old Australian capped a perfect week at the Atlanta Open by overcoming American Jenson Brooksby 6-3 6-3 in today’s singles final.

“It was a very tough match,” De Minaur said. “Even though the scoreboard was 3 and 3, it felt very, very tight.

“I’m happy I was able to execute my game plan and get the win today.”

The third-seeded De Minaur made the most of his opportunities in the 91-minute final, converting all four break points he earned against world No.43 Brooksby.

This is De Minaur’s second Atlanta title, having also triumphed at the ATP 250 tournament in 2019. The world No.30 now joins American Mardy Fish and John Isner as the only men to win multiple singles titles at the event.

“It feels good. Not a lot of people have been able to do that, so I feel great,” De Minaur said. “I feel great about my game. I’ve put a lot of work in, so it’s great to see the hard work being rewarded.”

Australian players swept all of the titles in the Georgia capital, with Thanasi Kokkinakis and Nick Kyrgios defeating Jason Kubler and John Peers in an all-Aussie doubles final.

It is the first time in the tournament’s history that Australian players have claimed both the singles and doubles titles in the same year.