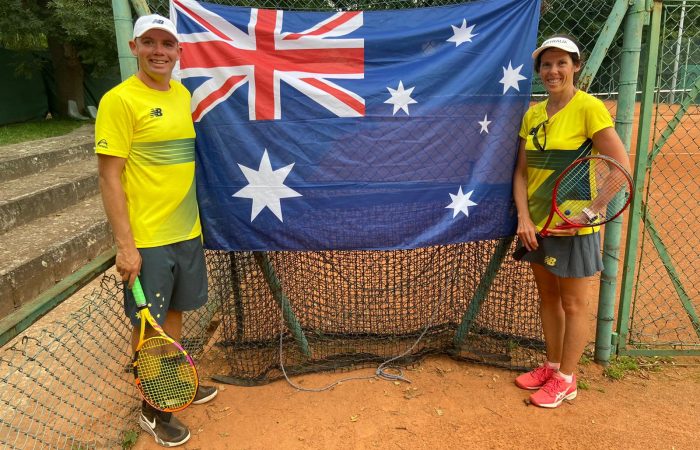 The competition, hosted by the International Organisation of Sport for people with a Disability (IOSD) from 16 to 24 July, was the first of its kind to be played since the COVID-19 pandemic forced international competition to be cancelled.

Graham said he travelled to Poland with one goal in mind.

“I came to Krakow for one reason, I had a goal to win all four gold medals and that’s what I got in the end and I’m pretty happy with that,” he said.

“I believe in the dreams of just working hard, knuckling down and just doing the work and trying to achieve my best, all the time.

“It’s been amazing. I would say everything that we’ve done has been a highlight. A new place, a new city, seeing different things and trying some new things too. Everything has mostly been a highlight for me and everyone else.”

World No.1 Timothy Gould (North Lakes, Qld) in II-2 competition continued his reign at the top, winning gold in his singles division.

Mitchell James added to his doubles gold with a bronze medal in the men’s teams alongside Damian Phillips (Coffs Harbour, NSW) and teamed up with nineteen-year-old debutant Andriana Petrakis (Allenby Gardens, SA) to win bronze in the mixed doubles.

The final two bronze medals were won by Damian Phillips and Luke Barker in the men’s doubles and Kelly Wren and Andriana Petrakis in the women’s teams’ event.

Head Coach Alison Scott was delighted with how well the team combined in Poland to perform at their very best.

“To see our players have that opportunity to get up on the podium to receive a medal and to hear our national anthem five times and to sing it loud and proud, that is one of the highlights to mark what has been a very successful week,” she said.

The opportunity to compete internationally has been rewarding for the team, especially for four individuals.

“International competition has been a new experience for four of our players this week, they’ve never travelled internationally before,” Scott added.

“This was a really good opportunity to see how the four players adapted to the environment of travelling overseas, playing in a different environment with different players around, seeing how they fit in to the culture of our team and all in all, it’s been an amazing week for all of us.

“The massive standout moment is for our junior player, Luke Barker. He has overcome a lot of big challenges to be here with us. He was really challenged by a massive match, he was a set and a break down and came back to win that match. To see him overcome that and stand up and say ‘Wow, I did that’, that’s probably the best moment.

The Virtus Global Games 2023 in Vichy, France from 4-10 June 2023 is the next major international competition on the calendar. Australia won the tournament when it was last held in Brisbane in 2019.