Australian Nick Kyrgios has received a walkover from second seed Rafael Nadal ahead of their scheduled semifinal at Wimbledon 2022. 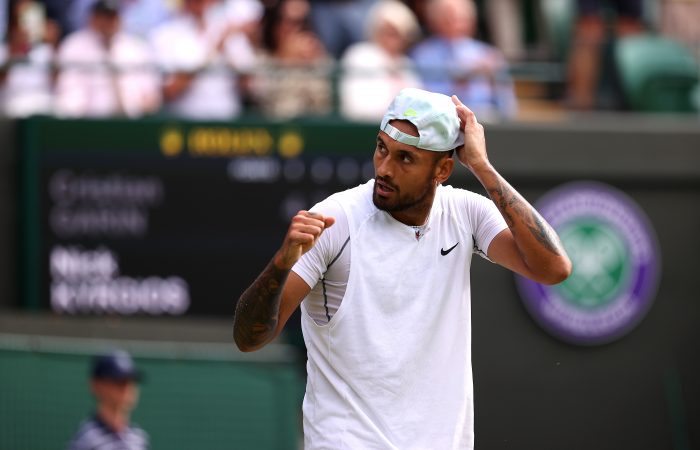 The 27-year-old Australian has received a walkover in the semifinals, with second seed Rafael Nadal unable to compete due to an abdominal injury.

Two-time Wimbledon champion Nadal made the decision today, ahead of tomorrow’s semifinals.

“I think it doesn’t make sense to go (on),” said a disappointed Nadal. “Even if I tried lot of times during my career to keep going under very tough circumstances, I think it’s obvious that if I keep going, the injury (is) going to be worse and worse … (I) feel very sad to say that.”

We're sad to see it end this way, @RafaelNadal

Thank you for another year of unforgettable moments at The Championships#Wimbledon pic.twitter.com/XadiEVxaWF

A Grand Slam men’s singles semifinal has only been decided via a walkover once before in the Open era, when Jim Courier received a walkover from Richard Krajicek in the Australian Open 1992 semifinals.

“I made my decision because I believe that I can’t win two matches under these circumstances,” said Nadal, who had been on a 19-match winning streak in Grand Slam matches this season.

“I don’t want to go out there, not be competitive enough to play at the level that I need to play to achieve my goal, and with a big chance to make the things much worse, no?”

This is just the second time in Nadal’s storied Grand Slam career, which has netted a record 22 titles and 310 match wins, that he has withdrawn mid-tournament.

World No.40 Kyrgios becomes the ninth Australian to progress to a Wimbledon gentlemen’s singles final in the Open era and first since Mark Philippoussis 19 years earlier, who was also unseeded when he contested the 2003 final.