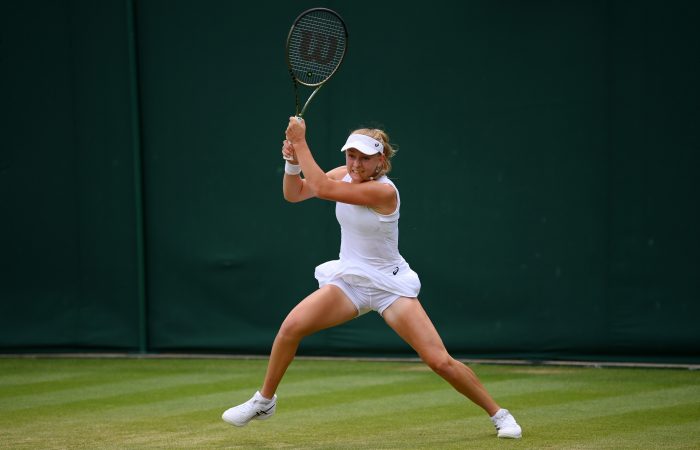 Preston is the sixth seed in the girls’ singles competition. The 16-year-old from Perth made a promising start to her campaign, scoring a 7-5 7-5 victory against Isis Louise van den Broek of the Netherlands.

Preston is currently at a career-high No.18 in the ITF junior world rankings, rising after a title-winning run at a grass-court event at Nottingham last month.

Edward earned his Wimbledon debut as a qualifier and has continued his winning run, overcoming American Alex Michelsen 7-6(4) 4-6 6-1 in the first round of the boys’ singles competition.

The 17-year-old South Australian, who has an ITF junior world ranking of No.89, struck 36 winners in the two-hour and 23-minute clash.