A nine-person Australian team has been named for the second edition of the Virtus European Summer Games in Poland next month. 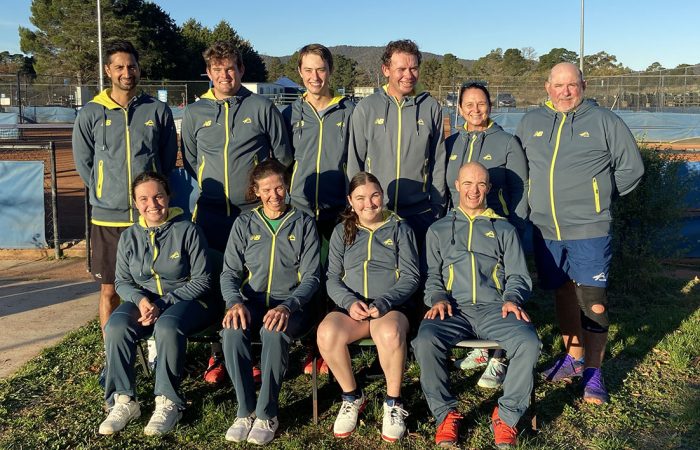 Former world No.1 players Kelly Wren and Archie Graham will lead a nine-person Australian team at the second edition of the Virtus European Summer Games in Krakow, Poland from 16 to 24 July.

Wren will be joined by Carla Lenarduzzi, Breanna Tunny and debutant Andriana Petrakis in the women’s competition.

On the men’s side, Graham will compete alongside Timothy Gould, Mitchell James, Damian Phillips and seventeen-year-old debutant Luke Barker.

Gould currently holds the No.1 world ranking for II-2 competition and Barker is a junior player on the rise, who sits atop of the Australian rankings for those 18 years and under.

“I was very fortunate where I lived, I didn’t have to travel too far for training,” she said.

“The complex where I train at (Shaun Hibbert Tennis Academy in Engadine, NSW), it closed for two to three weeks, that was it. This is where I count myself lucky.

“I also had my exercise bike and I had my trainer, which has a ball and a piece of elastic which rebounds back to you. I could use my racquet. I bought that from a sport store where I work, so I was doing that so I could hit and still know how to play!”

Before travelling overseas, the team will compete at the Brisbane Open from 1 to 3 July, followed by a training camp on the Gold Coast.

The European Summer Games are the precursor to the Virtus Global Games 2023, which will be in held in Vichy, France from 4-10 June 2023. Australia won the last tournament when it was held in Brisbane in 2019.