Australian qualifier Astra Sharma believes she has "nothing to lose" in her Wimbledon 2022 campaign. 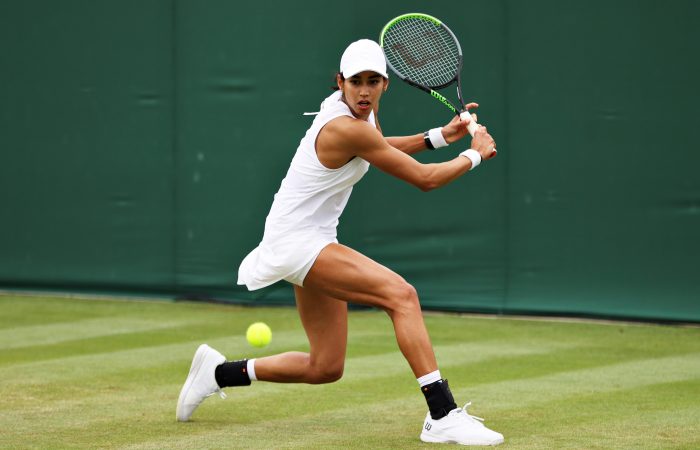 Astra Sharma is preparing to make her 14th consecutive Grand Slam main draw appearance. Yet this year’s Wimbledon feels a little different, with the 26-year-old from Perth earning her place in the draw for the first time through qualifying.

“It’s just kind of sinking in now. Especially walking around the main site, it’s starting to feel real,” said Sharma, who made her Wimbledon debut in 2019 as a direct acceptance and was a lucky loser last year.

“With the draw coming out and everything it’s like, ‘okay, got to get my head right for the next match’. But yeah, it’s still nice to, almost like, congratulate myself a little bit for that achievement.”

The world No.136 is feeling no pressure ahead of a first-round clash with German Tatjana Maria.

“I feel like the underdog in most of these matches because, you know, traditionally I’m a bit more of a hard-court or clay-courter,” Sharma said. “So it’s like nothing to lose, just play.”

“Knowing that, ‘okay, I can make these players kind of feel a pressure even on my quote, unquote ‘worst surface’ that’s pretty helpful,” she said.

> READ: Aussie women inspiring each other at Wimbledon

Maria, a mother of two ranked No.106, is making her 10th Wimbledon main draw appearance. Her best performance was a third-round run in 2015.

“She’s obviously a very crafty, wily player,” Sharma said of the match-up. “I think grass will actually suit her game quite well, but at the same time, I feel like I’ve come in with some good matches under my belt. And you know, I feel like anyone’s got a shot.”

Targeting a first main draw win at the All England Club, Sharma is ready for the challenge.

“It’s just unbelievable to be back here and I’m really looking forward to playing,” she said.